Camille Grammer, an American television personality revealed that she is struggling with cancer on Thursday, December 14, 2017, through an Instagram post sharing a photo of herself on recovering in the hospital. Also, she encouraged her fan and followers to get an annual checkup. She had received a squamous cell carcinoma diagnosis and had surgery.

It was the second time the Real Housewives of Beverly Hills star had to fight against cancer. In 2013, she was diagnosed with stage 2 Endometrial Cancer and had a radical hysterectomy. She announced the completion of her chemotherapy and radiation therapy in 2014.

Camille talked about her health condition just after the three days of her surgery to remove her cancerous cell. At the premiere party of Real Housewives of Beverly Hills season 8 on December 2017, she stated,

“It’s a squamous cell carcinoma and it could show up on the skin or in your lungs, it could be in the back of your throat, in your vagina, in your labia, there are many places it could show up. I had surgery three days ago and I’m out and about but I’m still healing and I’m still in some pain.”

In that party, she also got a question regarding her positiveness in such a crucial stage. The former and dancer answered,

“Oh, my mom. My mom is fighting her third cancer and she’s an inspiration to me, she’s so strong. I think I get my strength from her and my knowledge of knowing how to handle and deal with cancer. We’re both there for each other. I think keeping your family close and having them support you helps you so much, and also having a good man in your life, and I have a lot of great friends too.”

Currently, she is in remission and also had dedicated herself to spreading awareness about below the belt cancer as the spokesperson of the Foundation of Women’s Cancer. “Cancer really stinks,” Camille told PEOPLE.

“It’s unfortunate it runs in my family. I was diagnosed with Lynch Syndrome 15 years ago, so I have a genetic disposition to cancer. My mom had it also and her mom and unfortunately, these cancers seem to come along with the territory”.

Camille also explained that Squamous Cell Carcinoma can show up anywhere from the skin to the lung to your throat.

“Many people, if something shows up like this, they’ll ignore it. They’ll think, ‘Oh it’s a mole, it’s a pimple, it’s a rash, it’s an ingrown hair from shaving, This isn’t an aggressive cancer, but if it goes undetected, it could spread and metastasize to the lymph nodes and other organs close to the area. I’m lucky we found it early.”

Squamous Cell Carcinoma is the second most form of skin cancer, is an uncontrolled growth of abnormal cells arising from the squamous cells in the epidermis, the skin’s outermost layer. It often looks like scaly red patches, open sores, warts or elevated growths with a central depression; they may crust or bleed. They can become disfiguring and sometimes deadly if allowed to grow. Each Year more than 1 million cases of squamous cell carcinoma are diagnosed in the United States of America., which is about 115 cases diagnosed every hour. More than 15,000 Americans die from the disease each year. (Skin Cancer Foundation report)

On the premiere of season8 of the Real Housewives of Beverly Hills Camille said,

“Being a spokesperson for cancer awareness has been a passion of mine,”. “It helps me in my recovery but also helps others. I’m very proud to be a part of this movement.” 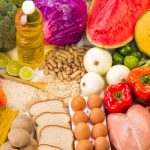 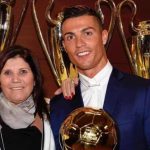