Majorly known as Mystique in the initial three-part segment of the American superhero film series, X-Men, or as Joan from The Punisher, Rebecca Romijn is a talented American actress a former model. Since she started her professional life as a model, Romijn has been known to pose for top companies such as Christian Dior, Victoria’s Secret and Sports Illustrated. After spending almost, a decade modeling for big fashion houses, she quit and decided to focus on her acting career. She has subsequently featured in numerous projects including video games, as a voice artist.

Rebecca Romijn was born to parents Elizabeth Romijn, a community college instructor of English as a Second Language(ESL) and a textbook author, and her father Jaap Romijn, a custom furniture maker. He was born on November 6th, 1972 in Berkeley, California, United States. Her mother, Elizabeth met Jaap as a teenager in the Netherlands on a student exchange program.

On the Ellen DeGeneres Show, when she was questioned about her secret to always being fashionable and gorgeous, she revealed that in her early teens she was insecure about her height as she had grown to up to around 6 feet, she was 5’ 11’’ and as a result she was once nicknamed ‘Jolly Blonde Giant’. However, she never took these comments negatively and she always laughed about the same.

Rebecca attended and completed her high school studies at Berkeley High School and ultimately attended the University of California at Santa Cruz where she majored in Music(voice). Whilst there, she became highly involved with fashion modelling and she finally, moved to Paris where she resided for more than three years. However, Romijn never returned to school.

Romijn began dating renowned actor John Stamos in the year 1994. The two met at Victoria’s Secret fashion show where she was a model. They became engaged on Christmas Eve in 1997 and they tied the knot on 19th September 1998 at the Beverly Hills Hotel. However, they announced their separation in April 2004 and officiated their divorce on 1st March 2005.

In 2004, Romijn started dating actor Jerry O’Connell and the couple became engaged in September 2005. They tied the knot at their home in Calabasas, California on 14th July 2007. Together they had twin daughters, Dolly Rebecca Rose O’Connell and Charlie Tamara Tulip O’Connell.

Romijn is straight and has never been gay. She has been married twice and divorced once. She is currently married to Jerry O’Connell and together they have twin daughters.

Rebecca’s career as a model commenced in the year 1981 and with time she appeared in various editions of Elle, Marie Claire, Cosmopolitan, Allure, Glamour, GQ, Esquire, and Sports Illustrated. Within a decade, Rebecca had appeared in a various commercials for top brands like Escada, Christian Dior, Pantene, Dillard’s and Miller Lite. She was also named by Stuff Magazine in their list of ‘102 Sexiest Woman in the World’ in 2002.

After starting her career in the show business, Romijn had to wait a while before she received the offer to play ‘Mystique’ in the 2000 American superhero film ‘X-Men’, based on the Marvel Comics character. Romijn performed along with Patrick Stewart, Hugh Jackman, Ian McKellen, Halle Berry, and Famke Janssen in the movie which grossed over US$296 million at the box office. During the shooting of the film, she had to go fully naked and spent over eight hours every day on her makeup.

It was quite a rigorous task for her and her two makeup artists. It was her dedication and consistency towards her role that made her be signed for future installments of the X-Men series. She, later on, appeared in the X2:X-Men United in 2003 and X-Men. Jennifer Lawrence was picked to play the younger version of ‘Mystique’ in the later parts of the X-Men series.

She played the role of a transgender woman named ‘Alexis Meade’ in the ABC comedy-drama series, ‘Ugly Betty’ for 33 episodes in 2007. She portrayed ‘Eve Baird’ in the fantasy adventure series, ‘The Librarians’. She was also the host of ‘Skin Wars’ an American body painting competition in the year 2104.

Romijn was nominated for Saturn Awards as the Best Supporting Actress in X-Men in 2002.

She was nominated for the Teen Choice Award as the Choice Movie Actress-Drama/Action-Adventure in X-2.

She was nominated for the Good Derby Award as the Best Ensemble in a series un Ugly Betty in 2007.

As of 2021, Rominjn’s net worth is at $25 million. She has earned most of her wealth from her career as a former model and an actress.

Having put lots of effort and dedication in her career from a young age, Rebecca is the perfect definition of good things take time. She has perfected her skills over the years and this makes her a great American icon to reckon with. 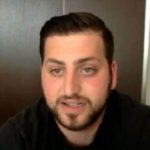 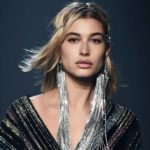