When it comes to being famous and being listed among celebrities, there are many reasons that fit people into this list. For some, it is their expertise in a certain art, others is their wealth. However, there are those who become famous for their associations either through their parents or their spouses. For Reginae, she is famous both for her associations as well as her good work as a rapper.

Reginae is the only daughter of Lil Wayne and Toya Johnson, who were high school sweethearts and they welcomed their beautiful bundle of joy when they were very young. This worked for Reginae’s advantage because she got into her career when she was still a child. She started off by being featured into her mother’s reality TV show. However, she realized she was not comfortable there and this is when she ventured into the world of music.

The news of Reginae Carter’s arrival were celebrated in New Orleans, Louisiana, the United States on the 29th of November in 1998. Carter’s official names are Reginae Djuan Carter. Carter is the daughter of Toya Johnson who is an actress and Lil’ Wayne a composer. At the time of her birth, her dad was 16 years old and her mom was only 15 years of age.

They were just dating and not married yet. However six years after Carter’s birth, they decided to tie the knot on Valentine’s Day. Their marriage however lasted for only two years as they parted ways in January 2006. Lil’ Wayne was just starting his career at the time of Carter’s birth but he was still very proud to be a father. Even after their divorce, they maintained a good relationship and ensured they raised their daughter together.

After their divorce, Carter’s dad married Sarah Vivan a radio broadcaster while her mother got married to Memphitz Wright. Reginae, therefore, has half-siblings from her father’s side named Cameron, Dwane III and Neal and a half-sister from her mother’s side named Reign. She has a good relationship with both her father and mother as they were both present in her life while growing up.

Being born and raised in a family of celebrities, she had to follow in her parents’ footsteps. To start with, she was appearing in her mom’s reality TV Show. However, her interest in music was deep and therefore, she started taking music classes. At the same time, she had to be an educated woman and she therefore enrolled into a local school until her graduation from high school. After graduating, she joined Clark-Atlanta University but she did not graduate from high school as she wanted to give more attention to her career in music.

Being famous means that you will also have many suitors and at the same time, it does not exempt you from heartache. For Reginae, she has tasted both being loved and being betrayed by the person you love the most. This is because, after meeting YFN Lucci, she fell in love with him and they both started dating.

The two young lovers dated for a long time since 2018 and they had good times including beng spotted together at NBA All-Star Game and Insta Galla in Atlanta. However, the worst happened when Lucci decided to betray Carter’s trust in him. Carter caught her boyfriend at Cucumber Challenge Party with other women. This was such a painful moment for her and she decided to breakup with him.

However, their love was much stronger than the painful feeling of betrayal as Reginae gave her boyfriend another chance after he apologized to her. On November 20th 2020, during Reginae’s 22nd birthday, it was confirmed that the two had reconciled and she confirmed the same on her Twitter but she did not mention his name.

We might not have information of Carter’s dating history before she met her current boyfriend Lucci. However, since she is very happy dating him, it is enough to prove that her interest is only in men and therefore not a lesbian.

Carter’s first appearance in front of the camera was at the age of 11 when she was featured on The Carter documentary. Later, she was featured on different TV shows like The Wendy Williams and Growing Up Hip Hop: Atlanta. It was in 2019 when she debuted into TV movies like Dear Santa, I Need a Date as Nicole and Pride & Prejudice. Apart from acting, she is also a great singer and seems to have devoted much of her time in the music industry as a rapper.

As at now, Reginae might have not received any notable award. However, this doesn’t mean that she has not achieved anything in life. Apart from appearing in different films and TV shows, she has also done several songs with her dad which have been well received by their fans.

Net Worth, Salary & Earnings of Reginae Carter in 2021

Thanks to her commitment and hard work especially in her music career, As of 2021, Carter now has a net worth of $3 Million which is expected to rise even higher with time.

Although Carter had parents who supported her in her career, she has also worked very hard to be the person she is today. 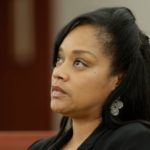 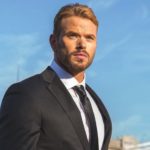