Reiss Nelson is an English-Zimbabwean professional soccer player who has represented English giants Arsenal FC (2017-Present). With the club’s under-23 team, he won the Premier League 2 in the 2017–18 season and with the senior team, the FA Community Shield in 2017. He has also played for the German club TSG 1899 Hoffenheim to whom he was loaned between 2018 and 2019. At the international level, he has represented England at the Under-16, Under-17, Under-18, Under-19, Under-19, Under-20, and Under-21 levels. He had scored 3 goals in just 4 games at the 2016 UEFA European Under-17 Championship helping England reach the tournament’s quarter-final stage. He was included in the official ‘Team of the Tournament’ for his performances.

Reiss had studied at the London Nautical School.

Reiss has been sponsored by the sports goods manufacturing giant Adidas. 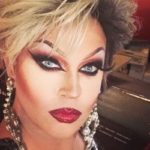 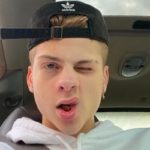