Renee Lynn is considered to be one of the most renowned figures in the world of classical music. The legendary American operatic soprano quickly rose to fame for her performances at places ranging from concerts to recordings and even major public events. Renee is known for having a full lyric soprano voice. Renee is also known for performing coloratura, lyric, and lighter spinto soprano in various languages, including Italian, German, French, Czech, and Russian, although English is her native language.

Renee Fleming was born in Indiana, Pennsylvania and her parents were music teachers. She witnessed her upbringing in Churchville, located in New York. Both her grandparents were from Prague and later moved to the United States. Although Renee is one of the most renowned musicians, she has kept the details of her personal life in the limelight. Hence, not much can be stated regarding her early days. Her humble nature sets her apart from her peers and is a reason she is loved by all across the world.

While in Churchville, Renee went to Churchville Chili High School, where she studied music theory, voice, composition, and several other subjects under the mentorship of Rob Goodling. Renne was a student at Crane School of Music alongside the talented Patricia Misslin at the State University of New York located in Potsdam. During her early days, she had also spent significant time associated with the Aspen Music Festival and School, where she did her studies alongside Jan DeGaetani and was working under director Edward Berkeley.

Renee has also been awarded the Fulbright Scholarship in the year 1985, which allowed her to work alongside Arleen Auger and Elisabeth Schwarzkopf in Europe. During her time at the Julliard School, she used to perform at jazz clubs to support her studies. During this time, Renne also performed at the Julliard Opera Center, where she performed in roles like Musetta in La Boheme by Puccini and the role of the wife in Tamu Tamy by Menotti, apart from several other plays. While she was a student at Julliard, Beverley Peck Johnson served as her voice teacher.

Renee was married to the popular actor Rick Ross in the year 1989. The couple was blessed with two daughters. Unfortunately, their marriage ended with a divorce in the year 2000. Later, Renee Fleming met Tim Jessell, a tax lawyer, and the couple later got married on September 3, 2011.

Renee Fleming is not gay. She has been highly supportive of those around her, irrespective of their sexual orientation. She has been an open advocate of health and neuroscience, discussing their importance on several forums. She has reached out to help her community on endless occasions. Her caring nature is one of the reasons her fans love her all across the globe.

Renee started her professional career while she was a student at Julliard when performing at small concerts with certain opera companies. She performed in the Musica Vica series on several occasions, which were held at the Unitarian Church of All Souls situated in New York during the 80s.

During the world premiere of Adieu, a ballet by Eliot Feld in 1984, Renee performed nine songs by Hugo Wolf. Renee later performed the same piece in the years 1987 and 1989. Renee landed her first key operatic role in the year 1986 as Konstanze in the opera Die Entfuhrunf aus dem Serail which took place at the Salzburger Landestheater.

Renee has also been active as a well-known advocate and a keynote speaker about how music, neuroscience, and health can intersect paths. She has been an award-winning speaker on such topics apart from her career as a performer since the year 2016. In a quote by infamous conductor Sir Georg Solti regarding Renee, he states that in his long life, he might have met only two sopranos that held such quality of singing, the other being the infamous vocalist Renata Tebaldi.

For her contributions, Renee has received the Honorary member of Sigma Alpha Iota in the year 1993 from the International Music Fraternity for Women and has also won the Grammy for best classical vocal performance in the year 1999.

Net Worth, Salary & Earnings of Renée Fleming in 2021

Renee Fleming is worth $15 million as of last estimated in the year 2021. A major section of her earnings comes from her musical career, although she is known to hold various other sources of income.

Renee’s contributions to the world of music have remained unparalleled. The young talents look up to her for inspiration as her dedication toward the art form leaves everyone in awe. Over the period, Renee has managed to leave a mark on the sands of time with the beautiful music she has created. A few of her key roles are Countess Almaviva in Mozart’s Le Nozze Di Figaro, her appearance as Desdemona in Verdi’s Otello, her role as Violetta Verdi’s La Traviata, her lead role in the performance titled Dvorak’s Rusalka, and the list continues. 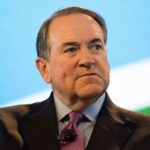 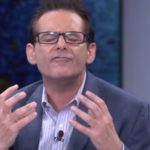