Rich Brian is a well-known Indonesian rapper, singer, record producer, and musician. He is best known for his hit debut single ‘Dat $tick,’ which was released in 2016. At such a young age, he is one of the most inspiring adolescent music icons.

Riches Brian Imanuel was born on September 3, 1999, in Jakarta, Indonesia. His father was an attorney. They also owned and operated a family restaurant. His parents are of Chinese ancestry. Rich was raised in a family of four children. Despite having enough money, the family chose to live in an undesirable neighborhood. As a result, Rich’s parents did everything they could to keep him away from the outside world. These led to him spending most of his time before a computer or television.

He was primarily homeschooled and received no formal education. He volunteered to help his parents run their family restaurant in his spare time. He had plenty of time to explore other interests, such as music and the internet, because he was homeschooled. He once wanted to solve a Rubik’s Cube and quickly realized he could do so with the help of the internet. He logged into his father’s computer in the process and discovered an entirely new world.

Riches Brian is currently single, and there is no evidence that he has ever been in a relationship. He is still young and completely focused on his music career. He is currently based in Los Angeles, California.

Although there is no much information about his sexual orientation I perceive that he is not gay but since he is still young age-wise, more is yet to be discussed about him in the near future.

Brian started uploading music videos of his rap songs to YouTube under the screen name “Rich Chigga” in July 2015. ‘Living the Dream’ was his first YouTube song. DJ Smokey produced the song, which garnered a lot of attention. He was one of the very few Indonesian rappers who were able to write raps in perfect English, and it was difficult to differentiate him from American rappers within a short period of time.

In February 2016, he made his biggest career advancement by uploading his single “Dat $tick” to “YouTube.” The new song was a slow start, but it started gaining traction. The song made it to the United States after crossing national borders. A few rappers and “YouTubers” in the area decided to make reaction videos for the song, thereby increasing its popularity.

Since its release, the video has received over 90 million “views” on ‘YouTube.’ The track was inevitably accredited as “gold” by the Recording Industry Association of America (RIAA). It also became one of the most popular rap songs in the United States. Based on the success of the first single, Brian released a second single, ‘Who That Be,’ in August 2016. He released it on the ‘iTunes’ platform.

The song was a follow-up to the success of ‘Dat $tick,’ which was a hit in both Indonesia and the United States. Brian followed up with a remix of ‘Dat $tick’ a few months later. After that, he released his third single, titled “Seventeen.” Within the first few days of its release on ‘YouTube,’ the song received over a million “views.” He had now become a public figure in the United States by the middle of 2017.

Several record labels from the United States approached him. When he went on a month-long tour across the United States in April 2017, his popularity skyrocketed. In May, he released a new single called “Gospel,” which featured XXXTentacion and Keith Ape, both American rappers. The song became a megahit on ‘YouTube’ within five months of its release, with over 21 million “views.”

The song was made available through 88Rising’s official YouTube channel. Brian released the single ‘Glow Like Dat’ on 88Rising’s YouTube channel on August 15, 2017. He announced in the same month that he would be going on a two-month American tour. Brian released the singles ‘Chaos’ and ‘Crisis’ towards the end of the year. The latter was recorded in collaboration with 21 Savage, a well-known American rap artist.

Brian announced on his Twitter account in December 2017 that his debut album, “Amen,” would be released in February 2018. Brian’s stage name was changed to “Brian” in January 2018. He took this decision to make his fans take him more seriously, as he was veering toward more serious themes while recording his debut album.

He did, however, change his stage name to “Rich Brian” later on. On February 2, the album ‘Amen’ was released, and it was a big hit right away. Rich became the first Asian artist to top the iTunes Hip Hop chart with the album’s release and popularity.

Brian won the ‘Indonesian Choice Awards’ for ‘Breakthrough Artist of the Year’ in May 2017. Brian revealed in an interview at the same time that he was working on his debut album, which would be entirely made in Los Angeles.

Net Worth, Salary & Earnings of Rich Brian in 2021

Rich Brian’s total net worth is estimated to be around $2 million as of 2021. As an artist and professional rapper, he earns this much money. He also composes the verses of songs that help him increase his overall assets. Aside from that, Rich has accounts on a few web-based media platforms that help him increase the total amount of his properties.

At first, he was keen on cinematography and had wished to go to a film school in the wake of moving to Los Angeles. Notwithstanding, he surrendered the pursuit after his music profession took off. 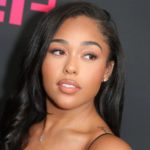 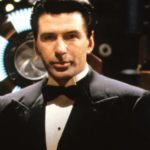