Rick Rigsby is a motivational speaker, an author and a preacher of the gospel.  He rose to fame in the year 2017 after delivering a great speech during the graduation ceremony at California StateMaritime Academy. Since That time, he has been able to dominate and doing what he does best.

Apart from that, he is also an award-winning Journalist who made an incredible performance during his career period. He is also an author who is published, and he is also a prior college professor at Texas A&M University. He is also an owner of a business known as Rick Rigsby Communications, where he is now CEO and also a president.

Rick was born in Fransisco, California, United States of America, in the year 1962, but the dates are not yet confirmed. His father used to earn a living through cooking and toiling on the family farm after his third-grade dropout. Even though his father didn’t get proper education, Rick refers him to the wisest man he has ever come across in his entire life, and it was his father who imparted the knowledge he got to become the man he is today.

Rick’s father was a man who believed in getting the best in life, and he made his son to emulate the same standards he had embraced. His father taught him to be kind and not to judge others and to be always a good person and always minimize time wastage and also try to make an impact wherever he is and always do things the right way.

About personal life, Rick has been married twice, and he was first married to Trina Williams, whom they had met while still studying in College. He served as a Linesman in  School,s football team and offered her one of the school dances, which she accepted, and while enjoying the dance, he requested for her number, and she gave him her actual number.

They dated for quite a long time, and later they decided to be one later when she used to work as a delivery nurse, and he used to serve as a cubs reporter. They were blessed with two kids together, but their marriage was ruined when she got diagnosed with cancer, and she later lost it to cancer in 1996. Due to how he loved her wife, he became depressed for a long time after the death of his wife.

Friends and family supported him so much, including offering him counselling and advising him to try to move on with life. Later he met Janet Butcher, the current wife he is married to, and they are blessed with two kids together. They live in Dallas with g= his family, and he enjoys listening to country music, fishing, and he also enjoys hunting.

Rick is not gay as far as sexual orientation is concerned, he is not even a bisexual, and when it comes to this matter, he is straight. He has never engaged in gays, and no rumours of the same have ever emerged about him being gay. He is a married man with even children. He has dated women in his entire life and not men

Rick first began his career as a professor at Oregon University, and he did it for two years and before. He had spent more than ten years working as a  reporter and a TV host. After leaving Oregon University, he was hired by Texas A&M University, where he spent fourteen years working as an assistant professor and while in  Texas University, he w used to work as a coach as well as chaplain for for the school football team.  After 14 years as a successful career professor, he decided it time to leave the academic environment. he worked as a motivational speaker and an author.

He has not gained any award as of now, but he has achieved a lot, especially the money he has accumulated.

Net Worth, Salary & Earnings of Rick Rigsby in 2021

As of 2021, his estimated net worth is around $4 million, and he has accumulated the fortune through his work of being a motivational speaker, author and also businessman; he has the potential to increase this in later future.

Rick has done much in his life, He has acquired much in life, and he has made it through hard work and commitment. 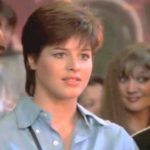 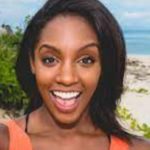