Rico Rodriguez is an American actor. His most memorable role is that of Manny Delgado in the hit ABC sitcom Modern Family. He is also an author and has published his own book under the title Real Life Lessons…. So Far.

Rico and Raini moved with their mother to Los Angeles in 2004 while their father managed the family business and took care of their brothers.  Roy is of Mexican descent. On March 12, 2017, the Rodriguez family were faced with a very sad moment in their family since their father, Roy had passed at the age of 52.

Rico was raised in a very humble background. He is very close with his family and shares a very special bond with his sister, Raini, who also happens to be a part of the show business. He claims to have a lot of respect and admiration for is a father since he was very hardworking. He was very close with his father and was very much affected by his death. Although he is admired by many ladies, he has never been in a serious relationship. In fact, he said in his very own words that he was very single and ready to mingle.

Rico Rodriguez is straight as far as sexual orientation goes. Although he has not matters concerning his relationships to be public.

Rico Rodriguez’s career kicked off when he landed the role of Manny Delgado in the popular ABC networks sitcom Modern Family. Initially, acting was never on Rico’s radar. In fact, the famed actor admits he had never really considered acting as his career. He claims that until when his sister started acting, he still had childish ambitions concerning his future.

In an interview, he revealed that even in 2006, when Raini got her big break in acting he still wanted to become a “NASCAR chef going to space.” His first acting role was that of an ice-cream kid prankster in the sitcom Jimmy Kimmel Live! He made his debut in the bug screen through his role of Chanchito in the comedy film Epic Movie.

Rico’s big break came in 2009 when he began taking the role of Manny Delgado in Modern Family. In the show he is cast as the son of an immigrant and an aging stepdad. His role in the Modern Family opened up doors for many more opportunities. He has appeared in the series Kick Buttowski and Good Luck Charlie. He has managed to establish himself as a celebrity in his own rights. He was a special guest on the cooking show Chopped Junior. Most recently, he has voice acted in the animated series The Lion Guard. He has also appeared as himself in Nickelodeon’s Ultimate Halloween.

Rico is an accomplished actor and his talent has earned him many accolades. His performance in Modern Family has won him several awards and nominations. He won the Screen Actors Guild Award for Outstanding Performance by an Ensemble in a comedy series five times.

He also won the ALMA Award for Favourite TV Actor-supporting Role in a Comedy twice. He also won the Young Artist Award for Outstanding Young Performers in a TV Series and the Imagen Award for the Best Young Actor in Television. Among his other notable achievements include the publishing of his personal book called Real-Life Lessons… So Far?

Net Worth, Salary & Earnings of Rico Rodriguez in 2021

As of 2021, Rico Rodriguez is said to be worth $15 million. He earned most of his fortunes through his acting career. He has been in the cast of Modern Family for several seasons. He receives a salary of 125,000 dollars per episode in the TV show.

Rico is a great example of greatness, will and determination. He overcame the numerous challenges thrown at him by life and instead converted them into his strengths. He has been able to get to greater heights as an actor and while at it he has gotten a very luxurious life. 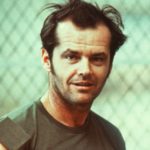 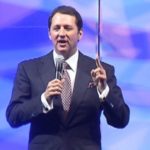