RJ Mitte is an American actor who is most well known for playing the character of Walter ‘Flynn’ White Jr. in the global hit crime drama TV series Breaking Bad (2008–2013). His other prominent TV characters include Campbell Bingman in the family drama TV series Switched at Birth (2014) and Leif in the comedy TV series Now Apocalypse (2019). He is also well recognized for his work in the films House of Last Things (2013), Who’s Driving Doug (2016), The Recall (2017), and Standing Up for Sunny (2019). Just like his character in Breaking Bad, he is afflicted with cerebral palsy in real life. For his work as Walter ‘Flynn’ White Jr., he was honored with the ‘SAG-AFTRA Harold Russell Award’ at the 2013 Media Access Awards. The Screen Actors Guild (SAG) had then named him as the spokesman for actors with disabilities. He has also served as a celebrity ambassador for the international non-profit charitable organization United Cerebral Palsy.

In 2014, RJ Mitte had modeled for a campaign for the clothing retailer, The Gap, Inc. 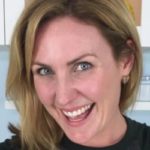 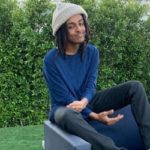