Robert De Niro is an American actor, producer, and director who is particularly known for his collaborations with the filmmaker, Martin Scorsese. He’s received quite a number of awards and honors for his contributions to the film industry. De Niro’s acting career is characterized by a variety of different types of characters. However, he is known for playing a tough guy in most of his movies.

The list of De Niro’s movies and projects can go on and on and on. Instead of getting into those details first, let’s take a look at the other aspects of De Niro’s life.

Robert Anthony De Niro was born in the Manhattan borough of New York on the 17th of August 1943. His parents were Robert De Niro Sr. and Virginia Admiral. He was the only child in the family. His father was of Irish and Italian descent while his mother was of Dutch, English, and French descent.

His parents divorced when he was young after his father revealed that he was gay. However, after their divorce, his father was still close to him considering he still lived nearby.

De Niro started off at PS 41, a public elementary school in Manhattan, and began acting classes at the Dramatic Workshop. He made his debut stage performance at 10, as the Cowardly Lion in The Wizard of Oz. Later, he went to Elisabeth Irwin High School for the seventh and eighth grades and was accepted into the High School of Music and Art for the ninth grade. He attended high school at McBurney School and later, Rhodes Preparatory School.

He dropped out of school at 16 to pursue acting. He studied acting at HB Studio and Lee Strasberg’s Actors Studio. He also studied with Stella Adler Conservatory where he was exposed to the Stanislavski system.

De Niro married actress, Diahne Abbott in 1976. Together, they have a son, Raphael, a former actor who is currently in the real estate business. He also adopted Abbott’s daughter, Drena De Niro, who was from Abbott’s previous relationship. They divorced in 1988 and began dating the model, Toukie Smith until 1996. He got twin sons in 1995, Julian and Aaron, conceived by in vitro fertilization by a surrogate mother.

At the beginning of his professional career, De Niro did some minor film roles in movies like Greetings, Three Rooms in Manhattan and a few others. He later did some low-budget movies like Bloody Mama, Roger Corman’s movie. In 1972, he gave two amazing performances at The American Place Theater and then returned to the big screen in 1973 in the movie, Bang the Drum Slowly.

De Niro returned to the crime genre in 1981 in the film, Confessions. In the 1980s, De Niro experimented with other genres, like comedy and science-fiction, but they didn’t do as well as his crime films. De Niro made his directorial debut in 1993 in the film, A Bronx Tale. He made his ninth collaboration with Scorsese in Casino, alongside Joe Pesci and Sharon Stone.

In 2000, he produced and starred in his first live-action animation comedy, The Adventures of Rocky and Bullwinkle. Most critics claim that De Niro was in some sort of slump in the early 2000s. De Niro is still acting until today, with one of his latest movies being his ninth collaboration with Scorsese, The Irishman.

With a career as successful as that of De Niro, an award is something that he has become accustomed to. Over the span of his career, De Niro is an eight-time Academy Award nominee, a six-time BAFTA Award nominee, and an eight-time Golden Globe Award nominee. He has won the Oscar Award twice, and a Kennedy Centre Honour presented by Barack Obama.

De Niro’s career has been incredibly successful and his consistency to remain at the top is baffling. De Niro has made his fair share of cash during his long career. As of 2021 It is estimated that De Niro has an estimated net worth of $550 Million.

The career of Robert De Niro is a brilliant one and the superstar has cemented his legacy as one of the best actors in the world. We have all been star-struck by his performances and we wish him all the best as he keeps making more films. 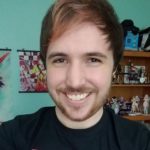 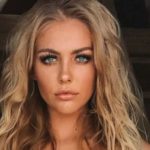