When you start off anything from scratch without anyone giving you the tips of how to go about it, it can feel stressful sand even too challenging to pursue. Although there are still many who have made it and have grown a close relationship with their mentors on their way.

One thing that has been confirmed is that Rooney was very lucky to have her older sister as her mentor and her idol. She began her acting career in independent films and in television. She has been featured in films and projects like; The Social Network, Tanner Hall, The Girl with the Dragon Tattoo and Side Effects among others. At the same time, she has been featured in dramas like A Ghost Story, Lion and Mary Magdalene.

Rooney Mara was born Patricia Rooney Mara on the 17th of April 1985. Rooney was born and raised in Bedford, New York which is a town located in Westchester County and it is about 40 miles or 64 km north of New York City in the United States of America. Mara is the daughter of Kathleen McNulty (nee Rooney), and her husband Timothy Christopher Mara.

Timothy is the New York Giants’ senior vice president of player personnel while her mother is a part-time real estate agent. Rooney is not the only child in the family as she has other siblings including actress Kate Mara who is an actress. The other siblings are named Daniel Mara who is her older brother, and a younger brother named Conor.

Rooney attended Fox Lane High School from where she graduated in 2003. She started acting while she was still in high school and the first role she had was in Romeo and Juliet where she was featured as Juliet. After graduating from high school, she joined George Washington University but she remained there for a short time. She was then moved to Gallatin School of Individualized Study which is has classes at New York University from where she graduated with a bachelor’s degree in psychology.

Rooney seems to be a very happy and lucky woman and is always very keen when it comes to making decisions about her life. This has worked to her advantage because as it is, she has a successful story, not only about her career but also her love life. Rooney started dating Joaquin Phoenix who is a co-actor back in 2016.

After dating for three years, Joaquin felt he couldn’t take it anymore and therefore, he went down on one knee and proposed to her. Luckily, she said “Yes” and they started living together in Hollywood Hills and they have two pet dogs named Child and Phoenix. The couple is still not married but they are living together.

In May 2020, the couple announced that they were expecting their first child. In September the same year, they received their bundle of joy; a baby boy whom they named River Phoenix after Joaquin’s late brother. There are no rumours of their separation and we can only hope that everything works well for them.

Before Rooney started dating Joaquin, she was in a relationship with Charlie McDowell the two started dating from 2010 to 2016. They broke up after being together for 6 years but there is no information of what caused their breakup.

Rooney Mara is not a lesbian. The fact that she has been in two main relationships is enough to prove that she is straight.

Rooney Mara started her professional career as an actress with some minor roles in the mid-2000. Moving forward, Rooney was lucky enough to land several major roles starting with her role on Law & Order series where she was featured as Jessica DeLay. Some of the other projects she has been featured in include; Women’s Murder Club, ER and The Cleaner. Her debut in movies came with Dream Boy and was later featured in many other projects. Some of these include; A Nightmare on Elm Street, Youth in Revolt, The Girl with The Dragon Tattoo and The Social Network just to mention a few.

With the expertise that Rooney has shown in her career as an actress, you can be sure that this girl is really good at what she does. This has won her several award and nominations including 4 Academy Award nominations among others.

Net Worth, Salary & Earnings of Rooney Mara in 2021

It is not just fame and awards that Rooney has taken home but also great wealth. As of 2021, this beautiful girl has a net worth of $20 million which is great wealth for a girl of her age. We expect more from her as she is still young and doing well as an actress.

Success is not only in what you have managed to achieve but also what others have learnt from you. With Rooney’s hard work and discipline, she has become a great example to many young people who are pursuing their dreams in life. 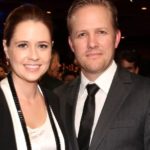 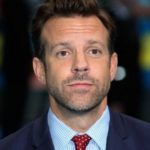