Rose Namajunas was born on 29th June 1992 in Milwaukee, Wisconsin, United States. She is a MMA fighter and was featured in the Ultimate Fighting Championship (UFC). She fights in the strawweight category were she is ranked 2 as of now. She has won the UFC Women’s Strawweight Championship.

Rose was born to Lithuanian parents. Her father has suffered from schizophrenia which caused many troubles in her childhood. She still visit’s Lithuania to meet her grandparents, and she talks with them in Lithuanian language too. She started learning Taekwondo at the age of 5, and she won her junior black belt in Taekwondo when she was 9 years old.

When she was in high school she started learning different forms of Martial arts under the coaching of Duke Roufus.

Well as for her education she has completed her studies from Milwaukee high school of the arts where she has mastered her skills of Martial arts. From her childhood, she was devoted to martial arts and she wanted to be a professional MMA fighter which she has achieved.

Rose is in a relationship with Pat Barry who is a former Glory and UFC heavyweight. She is the future wife of Pat. She is yet not married because she still wants to achieve a lot in her career, and she knows that after marriage it won’t be easy for her to do what she is doing today. She keeps herself away from the limelight so as to keep her focus only on her career. She is a woman with lot of courage to be in this field even after all the difficulties.

We all know the Man of steel, but unarguably she is the woman made of steel.

As far as we know about Rose, she doesn’t seem to be a lesbian. She is the fiance of Pat Barry. She doesn’t hang a lot with her friends and she is not that active on social media too because she wants to keep her focus only on her career.

Rose Namajunas’s career begins in 2010 when she completed her training from Greg Nelson. She has an amazing amateur record of 4-0.

In 2013, she signs a contract with UFC, and the very next moment she becomes the first-ever UFC Strawweight Champion.

She competed against Joanna Jedrzejczyk at UFC 217 at the Madison Square Garden in New York. She won the match in the first round by knockout. She became the new UFC Strawweight champion. Her victory against Joanna was said to be the biggest upsets in the history of UFC.

Rose has a huge collection of awards, and she has been nominated several times too. She has won MMA female fighter of the year, World MMA award, Fight Booth Lady violence award. In 2017, she has won the Eight Annual Real Women’s Award.

Net Worth, Salary & Earnings of Rose Namajunas in 2021

Rose has a successful career in MMA and she has earned both, wealth and respect. As of 2021, Her net worth is around $2 million. A major portion of her wealth is from MMA fights in different tournaments. Her awards and achievements helped her in making money. She does the brand endorsements of different products, and she is the brand ambassador of different brands too.

She started learning martial arts at the of 5 which is extremely hard but it surely paid off to her. She is ranked second in the UFC Women’s Straw weight ranking. Her friends call her Thug Rose because of her never-give-up spirit.

As for the conclusion, we can say that she’s an exceptional MMA fighter, and she works extremely hard for it. Whatever she has achieved is because of her will and her passion for MMA. Despite her tough times during her childhood, she is able to become a renowned MMA fighter. She is acknowledged all around the world, and she is an icon and role model to all the girls who want to do something off the league. 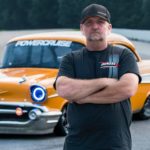 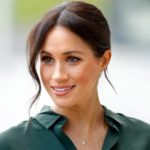