Cuthbert, Georgia-born Rosey Grier, is an American actor, singer, minister, politician, and a well-known former American football player. He excelled in the field of sports and then became the bodyguard for Robert Kennedy. He also appeared in various movies and TV shows like Desperate Mission, Carter’s Army, Skyjacked, The Treasure of Jamaica Reef, and many more.

On 14th July 1932, Rosey Grier was born to Joseph Grier and Ruth Grier in Cuthbert, Georgia, of the United States of America. He was named Roosevelt “Rosey” Grier after President Franklin D. Roosevelt. He grew up with eleven brothers and sisters in Roselle, New Jersey.

He did his schooling at Abraham Clark High School in New Jersey. He then went on to Pennsylvania State University for his graduation and completed it in the year 1951. There he became popular in football and started inclining towards sports.

Rosey Grier has a daughter Sherryl Brown-Tubbs from his previous relationship. In 1962 he tied the knot with Bernice Lewis, who had a child, Denise. He willingly adopted Denise. They lived together for eight years but later got divorced in the year 1970. After that, he married Margie Grier, and they had a son, Roosevelt Kennedy Grier, in 1972. Due to some reasons, they got divorced in the year 1978 and married again in 1980. After the death of Margie Grier, he fell for another woman named Cyndie Seyler. They married on April 30th, 2013.

As far as sexual orientation is concerned, Rosey Grier is straight. Previously he married Bernice Lewis and then Margie Grier, but the relationships did not work out well. But then he met Cyndie Seyler, and both instantly fell in love and tied the knot in 2013.
Professional Career

Rosey was fond of football from a very young age. He used to play a lot in his school days. He became famous in his Pennsylvania College for his football skills. He worked hard and earned himself a place in the National Collegiate Athletic Association’s 100th-anniversary list of 100 most influential student-athletes. He was also a member of the New York Giants and the original Fearsome Foursome of the Los Angeles Rams. He also got an opportunity to play in the Pro Bowl twice.

After his successful career in sports, he worked as a bodyguard for Robert Kennedy during the presidential campaign and guarded Ethel Kennedy during the assassination. After Kennedy was shot, Grier took control of the gun and subdued the shooter, Sirhan Sirhan.
He is not only good at sports, but he is good at singing and acting as well. He made many TV appearances in Desperate Mission, The Carter’s Army and Skyjacked, and many more. He also recorded many labels, including Liberty, Ric, MGM, and A&M.

In 1984 Grier was featured speaker in Republican National Convention; during its session on August 20th. He endorsed Ronald Reagan for re-election. Furthermore, Grier announced his intention to run for the Government of California as a Republican in the 2018 gubernatorial election. He ended it in 2017.

Rosey Grier is an important member of the Alpha Phi Alpha fraternity. He has been honoured by Penn State as the recipient of the Distinguished Alumni Award in 1947 and the Alumni Fellow in 1991.

Net Worth, Salary & Earnings of Rosey Grier in 2021

As of 2021,  Rosey Grier’s net worth is estimated approximately more than $6 million. That doesn’t surprise me because whatever field he chooses to be in, he always excels. But other than this, not much is known about his salary.

· Rosey Grier’s nephew Mike “Big Daddy” Grier walked on his path too but in ice hockey.
· Grier also published his autobiography Rosey: The Gentle Giant in 1986.
· “People Make the World” was one of his tributes to Robert Kennedy.
· He has authored many books, including Rosey Grier’s Needlepoint for Men in 1973.

Rosey Grier made a lot of contributions in the field of sports, acting, singing, and politics. His perseverance helped him immensely to reach the place or position he is now at. He acted in many movies did almost 70 guest appearances. He sang many songs, including You’re The Violin, Fool, Fool, Fool, Lover’s Set Me Free and C’mon Cupid, and many more. Rosey Grier is an amazing man. 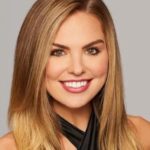 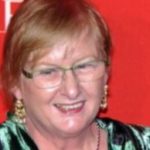