Rowan is an actress who has been in the film industry since 2006 to date. Rowan has been featured in many movies some of which she appears as the starring one of her best work is the Spy Kids: All The Time in the World in 2011 where she was featured as Rebecca Wilson. On Girl Meets World which is a Disney World series, Rowan was featured as Riley Matthews between 2014 and 2017. After this, she was again featured The Goldbergs (on the ABC sitcom) as Jacky Geary.

On 14th of October in 2001, Mark Blanchard-Boulbol and his wife Elizabeth were happy to announce the arrival of their daughter whom they decided to name Rowan Blanchard. Just like many other parents around the world, this family had great dreams for their daughter but none of them thought she could be as famous as she is today.

Blanchard’s paternal grandmother’s ancestors are immigrants from England, Denmark and Sweden. On the other hand, her paternal great-grandparents trace their roots from Aleppo which is currently known as Syria. They loved Anne Rice’s The Witching Hour and this is where they got the name Rowan. Rowan seems to be the firstborn in their family, but she is not the only child as she has other two younger siblings named Shane and Carmen.

Many kids start attending classes at the age of 4 years old. Very few kids at this age are sure of what they would like to be in future. But Rowan was very lucky as she knew she loved the big screen and her parents on the other hand understood their girl was made for this too. Therefore, they introduced her to the film industry when she was just five years old. For this reason there is no information talking about her school life or her early life as child except how she started her career and how far she is now.

Rowan will be celebrating her 20th birthday on 14th of October this year. For some people, this would be such a young age to discuss about romance and intimacy. However, with the kids of nowadays, this is just the right time to start dating and enjoying the company of a boyfriend. Rowan has not been left behind as she decided to try her luck in exploring the love life.

In 2015, at the age of 14 years, she fell in love with an American actor named Peyton Meyer who was cast as Lucas Friar in the Girl Meets World which was a Disney Channel television series. Rowan was cast on the same as a starring. In 2016, Rowan revealed that she loves both boys and girls and even if she has not dated girls so far, she wouldn’t have any problem with that. She revealed this in her Twitter account.

Her relationship with Peyton didn’t last long and hence, they parted ways in 2017. In May 2018, Owen Lang crossed her path and she fell in love with him, and they started dating immediately. The two are still together to date.

Rowan Blanchard revealed that she is not straight and neither is she a lesbian. In her tweet four years ago, she said that she loves both boys and girls and therefore she identified herself as queer.

Rowan Blanchard started her acting career at a very young age (5 years). In 2010, she was took the character of Mona’s daughter in The Back-up Plan which is a romantic comedy movie. This was followed by her character as Caitlin in Dance-A-Lot Robot (a Disney Junior) series. This was a great opportunity as it was an original series which means it was such a great opportunity for her.

In 2011, she was cast in the kids movie by the name “Spy Kids: All the Time in the World”. This was her mainstream movie break. She has been featured in many other movies since then. Some of these include: Disney Channel Original Movie Invisible Sister, The Goldbergs, A Wrinkle in Time, Deadline and Boy Meets World just to mention a few.

Blanchard might be young, but she has achieved a lot in her life. Some of the awards she has been able to attract over the years include: Kid’s Choice Awards, Young Artist Awards and Teen Choice Awards. She has also received several nominations including the Teen Choice Awards among many others.

Net Worth, Salary & Earnings of Rowan Blanchard in 2021

Rowan Blanchard is turning 19 this year but her bank account is already loaded thanks to her hard work and passion in the big screen. As of 2021, Her net worth is currently estimated to be $5 million and this is expected to rise even higher in the coming years. Bearing in mind that she is barely 19 years of age, we can only expect even better things from her in future.

Rowan Blanchard is one great woman in the film industry. Although she started acting at a very young age, she has never given up in this field and is always looking for an opportunity to showcase her expertise and give her best as an actress. 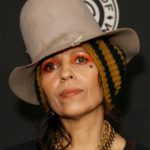 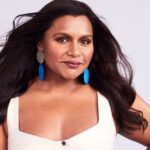