Rubens Barrichello is a Brazilian professional racing driver who competed in the Formula One Championship from 1993 to 2011 and is best known for his near-invincible partnership with which led Ferrari to the F1 World Constructors’ Championship every year from 2000 to 2004. On an individual level, he had finished the championship as a runner-up in 2002 and 2004 and had stood 3rd in 2001 and 2009. In the last of those years, he was instrumental in another Constructors’ Championship triumph, this time for Brawn GP F1 Team. Before joining F1, he had won the Formula Opel Lotus Euroseries in 1990, the British Formula 3 Championship in 1991, and the Formula One Indoor Trophy in 1993. He had also finished as a runner-up at the Formula Opel Lotus Nations Cup (1990) and stood in 3rd place at the Brazilian Formula Ford series 1600 (1989) and the International Formula 3000 series (1992). Post his F1 career, he primarily competed in the Stock Car Brasil series, winning the championship in 2014 and finishing as a runner-up in 2016.

Rubens has raced for – 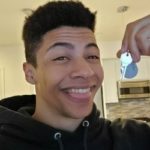 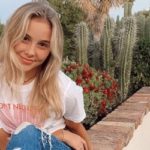