RuPaul is a drag performer, television personality, author, and producer who has been a well-known name in the drag world for his television reality competition RuPaul’s Drag Race. He is the most commercially successful drag queen in the U.S. and was also included in the list of most influential people in the world by Time 100. He has acted in many films and also had some success with music in his early life.

RuPaul was born in San Diego, California, the U.S., on November 17, 1960, to parents Ernestine Charles and Andrew Charles. RuPaul’s full name is RuPaul Andre Charles. According to some reports, he is 70% African and 30% European. He has three sisters, from whom he took clothes to explore cross-dressing. He is a Roman Catholic.

RuPaul got married to Georges LeBar in 2017. He had been in a relationship with him since 1994 when they met at a nightclub in New York City. Georges is a painter from Australia, and they are living happily together. They don’t have any children. RuPaul stopped smoking and has been sober from alcohol since 1999. New Jersey Senator Cory Booker is a cousin of RuPaul.

Yes, RuPaul is a gay man, and he has been in a relationship with his husband Georges LeBar, since 1994. They eventually got married in 2017. Details about his past relationships are not available, but it is believed that all of them were me

In the 1990s, RuPaul got into the show business and started performing at various nightclubs around New York. He also made a cameo appearance in the documentary Wigstock: The Movie.

He got into music in 1993 and released his debut album Supermodel of the World that same year. Some songs became instant hits and brought him worldwide recognition. He became the first drag queen supermodel to be signed by MAC cosmetics. He made his debut in the film industry with the 1994 film Crooklyn.

He has also appeared in TV shows such as Sister. In 1994, he began hosting the talk show ‘The RuPaul Show’ on VH1. He interviewed celebrities such as Pete Burns, Cyndi Lauper, etc. He released more albums such as Foxy Lady, Ho Ho Ho near the end of the 20th century.

In 2008, he debuted his reality show, RuPaul’s Drag Race, a game show in which a panel of judges selects the drag superstar of America. The show was RuPaul’s breakthrough in the industry. He has made some cameos in TV shows such as Nash Bridges, Ugly Betty, The Muppets, and 2 Broke Girls.

He has been a judge on shows such as Project Runway and The Face. In 2018, he voiced the audiobook, A Day in the Life of Marlon Bundo.

RuPaul is a very successful person, and he has won numerous awards in his career. He won the GLAAD Media Award in 1999, and he won another won for his show RuPaul’s Drag Race.

In 2018, he received his star on the Hollywood Walk of Fame.

As of 2021, RuPaul has an estimated net worth of $70 Million. He has generated most of his wealth from his reality television show and other career paths, such as an actor, musician, and host. He has been successful in everything he has tried. He owns many cars and houses all around the U.S. and has many assets to his name.

RuPaul has really managed to carve out a successful career with his talent, and due to his hard work, Drag Queens are much more respected in the industry today. He is ruling the American Drag scene with his popularity and unique style and is earning respect each day with passion. 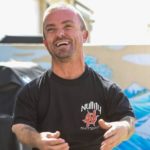