Sage the Gemini is a popular singer, rapper, songwriter, and record producer. He is most well-known for his singles, “Red Nose” and “Gas Pedal” which received a Gold and a Platinum certification from the RIAA respectively. He is equally famous for his debut studio album, “Remember Me” and as a member of The HBK Gang.

Sage the Gemini, whose real name is Dominic Wynn Woods was born on the 20th of June 1992 in San Francisco, California, U.S. The name of his parents isn’t out yet and the same applies to his brother. However, it is known that his family moved to Fairfield, California when he was around 7 years old. He was drawn to music from a young age itself and so was his brother. He began recording at 11 years of age after his brother bought a microphone.

Sage the Gemini has received his education from Rodriguez High School and Fairfield High School both of which are located in Fairfield, California.

Sage the Gemini is the father to daughter, Lai’lah Woods, although the identity of her mother isn’t out yet. He has been in a relationship with popular businesswoman and entrepreneur, Supa Cent since 2020. He has previously been in relationships with Blac Chyna, Jordin Sparks Thomas, and Kaylin Garcia.

Is Sage the Gemini Gay?

Sage the Gemini is straight when it comes to his sexual orientation and is neither gay nor bisexual. He is the father to daughter, Lai’lah Woods, and is currently in a relationship with popular businesswoman and entrepreneur, Supa Cent since 2020. He has previously been in relationships with Blac Chyna, Jordin Sparks Thomas, and Kaylin Garcia. Going by his relationship history, it’s clear that he is straight.

Sage the Gemini began his professional career at the age of 14 when he recorded the track, “Made In China”. He became massively successful with the release of his 2008 single, “You Should Know”. The single was released on MySpace and it garnered more than 3 million views worldwide.

He then joined Black Money Music Group and later, The HBK Gang. In 2013, he released the singles, “Red Nose” and “Gas Pedal”, which captured the 29th position on the US Billboard Hot 100 besides reaching the 6th position on the Hot R&B/Hip-Hop Songs. The success of these singles led him to sign a deal with Republic Records.

“Red Nose” also received a Gold certification from the RIAA while “Gas Pedal” received a Platinum certification. The following year, in 2014, he released his debut album, “Remember Me” which was successful as well. The album only sold 7200 copies within the first seven days of its release but also captured the 47th position on the US Billboard 200.

In the same year, he was featured on Flo Rida’s single “G.D.F.R.” which captured the 8th position on the Billboard Hot 10. 3 years later in 2017, he released the debut mixtape, “Morse Code”. The EP’s single, “Now and Later” received a Gold certification from the RIAA and also topped the Australian and the UK charts.

Although Sage the Gemini hasn’t won any Award as of yet, he has earned a considerable following from his work. As of February 2021, he has 1.25 subscribers to his YouTube channel and 730k followers on Instagram.

Net Worth, Salary & Earnings of Sage the Gemini in 2021

As of 2021, Sage the Gemini has garnered a net worth of $5 Million. He has garnered most of his earnings from his music career. He has made a huge impact in the music industry and this net worth is only going to grow with time.

Sage the Gemini has been an amazing musician and his work shows that. With that being said, we wish him the best of luck in all his future endeavors and hope we get to see more of him in the future. 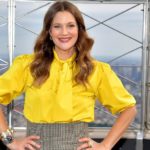 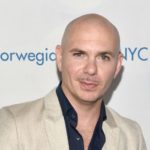