Salice Rose is a social media personality and model who is American based. She has many followers on her social media accounts such as Facebook, Tiktok, Snapchat, Instagram and YouTube.

Salice Rose was born and raised in Lancaster, California. She was born on 20 November 1994. Rose has not revealed much information concerning her parents and siblings, but we know that she has two brothers and a sister called Ashley Rose. She is of Peruvian descent and is knowledgeable of the Spanish language, which she claims to have learnt in her childhood. She does not give much of her family information, but she features them in some of her videos, especially her sister and grandfather.

Rose has always loved fashion and loves the colour red on her hair. Since she was a child, Rose would attend modelling and photoshoots and also loved beauty platforms.

Back in school, she was always hyperactive and had many involvements in fights, and she also complained about her poor performances. She was then homeschooled for a while then taken to military school because of her behaviour. After Military school, she returned to her local high school but was expelled for getting in a confrontation with a teacher.

Details concerning where she studied in high school have not been shared, but we know that she learned in a local high school in California.

Despite being a social media personality, Salice has managed to keep her dating life out of the limelight. However, she mentions her ex in some of her videos, explaining how her ex was toxic. She then gave her viewers a glimpse of her dating life after introducing her girlfriend Brilynn in a video she posted. The video has been taken down from YouTube and bringing speculations that the two are no longer dating.

Rose nevertheless is always honest to her fans. Her principle is to be always open. Since most of her life can be depicted by her videos, it is possible to conclude that she is not dating anyone, but we do not know what the future holds. Her videos do not tell whether there is a boyfriend or a girlfriend in the picture.

Salice is very outspoken and bubbly and always is the heart of the party. Her nickname is Salsa Roja owing to the hair colour that she had dyed. She also is a lover of biscuits, which earned her a nickname, Mama Biscuit.

Rose started her social media career in 2013, where she started by posting her videos on Instagram. Her posts were funny and which made her gain millions of followers over a short period. She opened a YouTube channel in 2014 where she posted interesting things concerning her life, especially on trending topics.

Having many followers on her social media accounts has been the most significant achievement she has had. Nevertheless, Rose has been awarded a few Awards, including; Top Comedy Creator Award in 2017 and the Latin Music Award in 2017.

Net Worth, Salary & Earnings of Salice Rose in 2021

As of 2021, Salice Rose has a net worth of approximately $2 Million. Most of her income is generated from her social media platforms. She also earns a significant amount of wealth from a cloth line that she started called The Donut Factory. She is also part of an online fashion outfit known as Fashion Nova. She lives a luxurious life owing to her net worth.

Salice Rose has come out as a bold person who is not afraid to speak out what she wants and do what she thinks is best for her. She is an inspiration to many young people who continuously fear what people have to say concerning them. 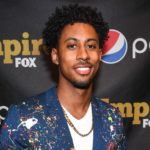 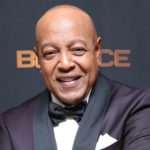