Sam Ponder is one of the most famous sports broadcasters from the United States of America. She is well known for her work with ESPN. She is the host of the network’s Sunday NFL Countdown. She is also a reporter for the same network. Her marriage with the US football player Christian Ponder is quite famous. She has been linked in the field since her college time, and she has worked as a sideline reporter, not just for ESPN but for many other organizations and networks as well.

Sam Ponder was born Samantha Sainte-Claire Steele. She was brought into this world on the 11th of December, in the year 1985. Her birthplace is in Pheonix, Arizona, in the United States of America. The parents of Samantha Ponder are Cindi Steele and Jerry Steele. Jerry runs the MAD Ministries foundation. Other than this, there are not many details about her parents or about any siblings. She has kept quiet mum about these topics, and she does not want to engage her family in the gossips of the media.

Samantha Ponder has a very rich educational background. She attended the Central High School in Pheonix for her high school education. After graduating from there, she moved to New York City to study at The King’s College. It was in New York City where she applied at ESPN Zone for the job of a hostess. She met Ben Keeperman at her job; he is a college football researcher and the manager of ABC Sports Radio. He helped Samantha get an internship at ABC TV.

It was after their marriage that Samantha took up the last name Ponder. After two years of their marriage, in the year 2014, in July, the couple was blessed with a baby girl. She was named Bowden Sainte-Claire. In 2017, they were again blessed with a boy named Robinson True. A year later, in 2018, they again had a daughter, and they named her Price.

Sam Ponder has had her share of hardships in her field. She had to go through a lot of trolling and negative tweets. This trolling happened because there were many rumors around that Sam Ponder was about to succeed Chris Berman on the NFL Countdown Show. However, she remained confident about herself and did not let these trolls pull her down.

Sam Ponder has been involved with Christian Ponder for quite a long time. They had been dating for some time before being married. They tied the knots on the 17th of December 2012. Out of their marriage, they also had three children, Bowden, Robinson, and Price. The couple is quite happily married. Sam Ponder is not known to have ever been involved with someone of the same sex. She has always had heterosexual interests, and her marriage to Christian Ponder is proof of that. Hence it can be quite easily said that Sam Ponder is not a lesbian.

Samantha Ponder’s career as a sportscaster started off with an internship at ESPN Zone. This led to many different events in her life and meeting many people, leading up to a job as a research assistant. This job, she got at the ABC TV, for a college football studio show. Then, offers kept rolling on for her, and she got a very good offer from the Liberty Flames Sports TV Network as a sideline reporter.

This job she took up but then left in the year 2009. She left to join the Fox Sports Net and the Fox College Sports. She was also a sideline reporter there. She was just 25 years old when ESPN proudly announced her as one of the three talents that they hired for their Longhorn Network. For two years, she worked with the Fox Network, leaving it in 2011. Then she joined the Longhorn Network. At the present time, she is working as ESPN’s Sunday NFL Countdown.

Samantha Ponder is a successful sportscaster. She has worked for several sports networks, so many in quite a little time. She has been involved with ESPN for several years; in fact, she started her internship in ESPN Zone. She has been a significant member that led to many successes for the network.

Though she has never been nominated or received an award, she is known for her outstanding contribution to her field. Her hard work is recognized far and wide, and she became one of the most sought-after sportscasters at a very young age.

Net Worth, Salary & Earnings of Sam Ponder in 2021

Sam Ponder is very well-known for her broadcasting as a sports journalist. She was given a salary of $39000 or more when she was a sports broadcaster. Her work with ESPN has gained her a lot of fame. Annually, she is known to have earned $4.9 million. This is an amount much more than other personalities in her field. As of 2021, Her net worth is around $15 Million. This is the result of all the hard work she does in her job.

Sam Ponder is known for her brilliant knowledge in sports, which has helped her gain so much success in the field. She has achieved heights at a very young age, and there is scope for growth even now. She has worked with big names such as ABC and ESPN, and her association with ESPN has brought her a lot of success. She continues to work hard and prove her capabilities to the world, never to have been pulled down by trolls. 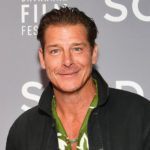 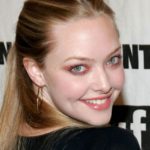