Samantha Fish is an American blues singer and guitarist. Samantha started out playing drums as a youngster but switched to guitar as a 15-year-old. She used to regularly visit the Knuckleheads Saloon to attend concerts of touring Blues artists. Once she turned 18, she often used to join singers/bands who were performing at the Saloon. In 2009, she recorded and produced her first album titled Live Bait, with her group The Samantha Fish Blues Band. The album brought her to the attention of talent managers, and she was recommended to Ruf Records. Ruf Records arranged an album with Samantha, Cassie Taylor, and Dani Wilde. Cassie and Dani are also blues artists, and the album was titled Girls with Guitars (2011). The trio toured with the Ruf Records’ Blues Caravan in the U.S. and Europe in 2011.

She continued touring with The Samantha Fish Band, playing in Europe and the United States. In 2011, Fish recorded another album called Runaway, mentored by Mike Zito. It won her the 2012 Blues Music Award for “Best New Artist”. She appeared on Devon Allman’s 2013 album Turquoise, in a duet. In 2013, her 2nd major studio album titled Black Wind Howlin‘ was released. It hit the Billboard Heatseekers chart and made it to the Top Ten of the blues albums chart. In 2013, she also appeared on The Healers Live at Knuckleheads Saloon, with Jimmy Hall, Reese Wynans, , and Danielle and Kris Schnebelen. She has also released various other albums such as Wild Heart (2015) and Chills & Fever (2017).

Samantha Fish is represented by –

Previously, there were rumors that Samantha was secretly married, but she maintained in an interview that she remains single.

As a member of The Samantha Fish Blues Band, she released her first album titled Live Bait in 2009.

As a solo artist, she released her first album titled Runaway in 2011. 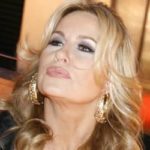 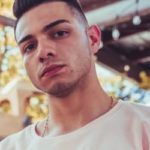