Thought she was born with a kidney dysplasia this did not pull her down she has become a great actress in the world of fame. She was destined for a career in the entertainment because both of her parents are also actors. This was also much easier for Sarah to venture into the film industry as she had her parents to mentor her. Sarah began her acting career at the age of 4 providing voice work for various projects and also booking roles in television commercials.

Sarah was born on 24th November 1990 in Manhattan, in the United States of America which makes her American by birth. as Sarah Jane Hyland. She is the daughter of Melissa Canaday and Edward James who are also in the field of media her parents are both actors. She was not born alone she has a brother who is also an actor Ian Hyland. She was diagnosed with a kidney dysplasia as a young child her father donated a kidney for her in 2012 but the kidney failed after a few years leading to a second kidney transplant in September donated by her brother Ian.

Talking of school she was home schooled by her mother until 2nd grade late attended Public School in 6th Grade she was accepted into Professional Performing Arts School she graduated in 2008. When she was done with the graduation she moved to Las Angeles within two weeks she had a pilot name My American Family later picked up the name Modern Family to date Sarah portrays Haley Dunphy.

Sarah is a great actress she dated Geek Charming the two subsequently dated until 2014 their relationship ended when she filed a temporary restraining order against him, she claimed he had been verbally and physically abusive, she later made the restraining order permanent, she later got engaged to Wells Adams, the pair live together in Los Angeles, and they officially announced they were engaged.

Sarah has lived with Kidney Dysplasia that was diagnosed while she was still a child she received a kidney transplant from his father her body rejected the kidney and in 2017 her brother gave her a second kidney transplant, for her body not to reject the kidney she is regularly dosed with special medications due to this she finds it difficult to put on muscle mass and weight, she has struggled with many thoughts she often blames herself that she is a burden on her family.

Sarah has gone through a lot she underwent 16 surgeries to improve her health and treat her kidneys. This was not easy for both Sarah and her parents but they ensured they gave her as much support as they could.

Sarah was raised in a straight home she is a very hardworking young girl her focus is only in her career she is straight not lesbian.

Sarah even before she booked her iconic role she had established herself in the field of acting world, at the age of seven years she booked her first major film as Howard Stern’s daughter, in 1999 she was followed up with a role in the soap opera Another World in this period she studied various forms of dance she also went to vocal training this really helped her to excel in the world of theatre. When she was 11 years she made her stage debut with a production of Annie in New Jersey.

Sarah is also involved in music in 2016 she covered various pop songs with Boyce Avenue she performed the song Met At a Party after a while she released the single later through Republic Records. She is also the face of Wallflower Jeans she appeared in an advertising campaign for Nintendo 3DS.

Sarah has received several awards and nominations for her hard work and pure love for her career, success is not how famous you are or how much you get paid it’s more about being steadily working and you are happy with what you’re doing.

Net Worth, Salary & Earnings of Sarah Hyland in 2021

Sarah Hyland is a well known American actress and model who has a handsome net worth she is best known for portraying the character Haley Dunphy Sarah is an experienced actress with many other credits, Sarah and her boyfriend Wells paid 3.55 million for a home in Las Studio City suburb the property features 5,672 square feet of living room, it has a private movie theatre and a pool, this is not the only property she has she owns at least two other properties her net worth is estimated to be around $15 million as of 2021.

This New York born and raised super girl spent much of her time working in film, television, voicing many radio ads as well as travelling with her father to many and different theatres in the country.

At the age 11 Sarah had done a multitude of film and television, she has a maltipoo named Barkley she is living happily in Los Vegas Area Sarah is the face of Wallflower Jeans you may think his brother is older than her because of her tiny body but she is older than him there is a gap of four years. 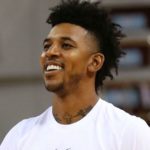 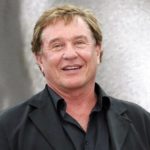