Sari Arambulo is an American-Filipino actress. She is currently 25 years old and is working as an entertainer. She is not so open about her personal life. At such an early age, she is very popular. She is also active on social media. She has a huge fan following over various social media platforms. She is financially independent, and she is doing well for herself. She is absolutely gorgeous and is a source of inspiration for all the young girls out there.

Sari Arambulo was born on 20th April 1996 in Los Angeles, California, united states of America. She has mixed ethnicity. Not much is known about her parents. The name of her parents or their profession is not disclosed in the media. She has an elder sister. Her name is Katrina Arambulo. The age gap between both the sisters is of seven years. Her sister Katrina is professionally a stylist. She works in GWDB (Girls Who Dress Boys).

Not much is known about her schooling days. The name of the school from where she passed out is not known. As a child, she was highly involved in sports and music apart from academics. She revealed in some of her interviews that she was a good student. She studied AP French, AP Government, AP US history and AP calculus, though drama and French were her favorite subjects. She then went to the University of Southern California to complete her course of graduation.

Sari Arambulo is dating Jack Edman who is a professional actor. They have been dating for six years. They met for the first time at the University of Southern California. Both of them got enrolled there to get their college degrees. They soon became good friends and further started dating each other on March 1, 2015.

They never shy away from expressing their love for each other on their respective social media platforms. In 2019, Sari shared a picture with her boyfriend on Instagram where the duo was seen wearing Mario costumes. They seem to be head over heels in love.

No, Sari Arambulo is not a lesbian. She has heterosexual preferences. She is currently dating Jack Edman who is also an actor by profession. Thus, we can end this section by saying that her sexual orientation is straight.

During the initial days of her career, Sari did numerous commercials. Her first role was as Lita Mansalud in the film “Brown Soup Thing (2008).” She was then seen in four television series five years later to release her first film. These television series were Perception, See Dad Run, Trophy Wife and The Soup Investigate. She also got featured in “Abby Normal,” that got released in the year 2016. In the same year, she was also seen in a Sweet/Vicious and Modern Family.

In the year 2018, she was seen in the Buccaneer Galaxy. She played the character of Peggy in “Alexa and Katie.” She was last seen in the “Party of Five” in the year 2020. She shot to fame with her role in A.P. Bio, where she portrayed the character called grace. Her character “Allison” in “Girl Meets The World” also became very popular. She started getting publicly recognized after these two roles. She also has a considerable amount of fan following over social media. In the future, she wants to do dramatic shows.

Sari has not received any awards till now. Having said that, she is an entertainer who has left the audience spellbound by her spectacular performances.

Net Worth, Salary & Earnings of Sari Arambulo in 2021

As of 2021, her estimated net worth is somewhat around $1 million which is exceptionally well for anyone of this era. Her income is through television series where she has been acting for the past ten years. She has no plans of stopping soon, thus, we can expect that her net worth will increase in the future. 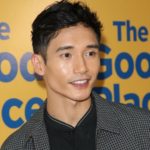 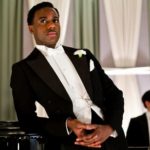