When you talk about Microsoft, his name must pop up because he is the Chief Executive Officer of Microsoft, an Indian American business executive after taking over from Steve Ballmer and Bill Gates. In his own words Satya Nadella said he knew he wanted to build things, and true to his word, while he was the executive vice president of Microsoft cloud and enterprise group, he was in charge of building and running the organizations computing platforms.

Satya Nadella was born as Satya Narayana Nadella on 19th August in 1967 in Hyderabad, presently known as Telangana in India. His family was a Telugu-speaking Hindu family. His father`s name was Bukkapuram Nadella Yugandhar, he was an Indian Administrative Service Officer of the 1962 batch while his mother was known as Prabhavati, she was a Sanskrit lecturer.

His father shifted from Nadella village to Bukkapuram which is in Anantapuramu District, Andhra Pradesh and then to Hyderabad.

Satya Nadella went to school at Hyderabad Public School, Begumpet. After graduating he joined Manipal Institute of Technology located in Karnataka where he pursued and got a degree in Electrical Engineering in 1988.  Thereafter, he relocated to the US, where he attended University of Wisconsin-Milwaukee to pursue a Master of Science in Computer Science and received his degree in the year 1990.  Come 1996 he got an MBA from university of Chicago Booth School of Business. He said and I quote “I always knew I wanted to build things”.

Satya Nadella is a married man, in 1992 he married Anupama, who was his junior in school when he was pursuing a Bachelor of Architecture. She is also the daughter of his father`s IAS batch mate. They are blessed with three kids, one boy his name is Zain, who is legally blind quadriplegic with Cerebral palsy and two girls. They reside in Clyde Hill and Bellevue Washington.

He loves to read poetry, especially those that are American and Indian, he has a great passion for cricket, he used to play in his school team. Both him and the wife are a big part of a major league soccer club of the group Seattle Sounders FC.

Nadella has also written a book called Hit Refresh, which solely talks about his life, his job and career in Microsoft and how he knows in his gut that technology will take effect in the future. He mentioned that all the profit that he would get from the book will be channelled to Microsoft Philanthropies and through that to non-profit organizations.

Satya Nadella is not gay, I strongly agree on this because it is evident that he is a married man, with three kids already, there has not been any rumors about his sexuality or anything on the lines that he likes men.

Nadella at a point in his life worked at Sun Microsystems as a technology staff but then in 1992 he got a job with Microsoft. He has speared big projects, one of them being the decision by the company to cloud computing and the development of a one of a kind cloud infrastructure in the entire universe.

He was the senior vice-president of research and Development for the online services division and at the same time, vice-president of Microsoft Business Division. Nadella then became the president of Microsoft’s $19 billion server and tools business. He was in charge of the major changes and transformation of the business from Client services to cloud infrastructure and services spiking up the revenue of cloud services to $20.3 billion in June 2013, having taken over the company in 2011 when its revenue was at $16.6 billion. In 2016 Nadella was paid $84.5 million.

Following Bill Gates and Steve Ballmer, Satya Nadella was made CEO of Microsoft on 4th February 2014.   His tenure at the company has brought about working with other companies and technologies among which Microsoft competes with such as: Apple INC, Salesforce, IBM, and Dropbox.

It was still under his leadership, that Microsoft reviewed its mission statement to enrich people and organizations in the world to aim for more. Since he became CEO, the stock has tripled with a 27% annual growth rate by September 2018.

When it comes to Awards unfortunately Nadella has not won any but has gained some recognition, like in 2018, he was among the Time 100 honoree, he was also ranked Financial Times person of the year and a business person of the year by Fortune Magazine. CNBC-TV 18s India Business Leader Awards in Mumbai recognized him as a Global Indian Business Icon in 2020.

Net Worth, Salary & Earnings of Satya Nadella in 2021

For a person who runs a big company like Microsoft and is the CEO, you can easily predict his net worth. As of 2021, his net worth has been estimated to be $300 million all of which he has earned from his career as the company’s CEO.

Satya Nadella is a man that has built his name taking Microsoft to greater heights, his work is commendable. Looking at his net worth we can confirm and say that he lives a pretty comfortable life. 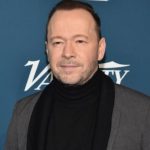 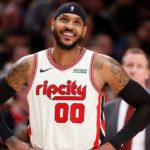