Selma Blair is opening up about living with multiple sclerosis.

In a new interview with Vanity Fair, Blair, 46, reveals that she has not lost any of her desire to act following her diagnosis with the incurable, potentially disabling disease of the brain and spinal cord last August.

“I don’t know if I believed in myself or had the ambition before my diagnosis,” Blair says of continuing her career, which is marked by films including Cruel Intentions and Legally Blonde.

Blair’s uncertainty surrounding her career post including MS diagnosis follows five years of uncertainty about what could be causing her symptoms, which included neck pain, vertigo, loss of feeling in her leg, anxiety, and depression. All of the doctors’ declarations that Blair was being “dramatic” about her symptoms came to an end when a new physician ordered an M.R.I., which revealed 20 lesions covering her brain.

Blair tells the magazine that she listened to Pink’s “Just Give Me a Reason” while in the machine, cried for 10 minutes following the diagnosis and then got back to living her life. She revealed her disease to the public in an October Instagram post and just made her first public appearance since the announcement at Vanity Fair’s Oscars party on Sunday.

“It wasn’t about announcing a dramatic diagnosis. I had no idea, for some reason, that news outlets would pick it up or anything,” Blair says.

“When they did, I was kind of uncomfortable. Then I was worried, thinking, Will anyone hires me?”

“… I’m pretty much a nobody in Hollywood,” she adds. “But when I read comments on Instagram from people who were suffering, whether it was from MS or anything, I thought, ‘Holy s**t, there’s a need for honesty about being disabled from someone recognizable.’”

Selma Blair’s Diagnosis and Reaction Of Other Celebrities

After going public, Blair quips that she “reconnected with so many people who thought I might drop dead soon,” including Amy Schumer, Marc Jacobs, and Kris Jenner.

Jenner, whom Blair portrayed in The People v. O.J. Simpson: American Crime Story, sent Blair flowers that “were more expensive than my mortgage.” The gesture reconnected the two women and Jenner has come to greatly admire Blair.

“She really is sharing something so vulnerable, and so scary,” Jenner says.

“She showed me what courage is, and how to be brave. I changed a bit of the way I live my life because of her.”

Sarah Michelle Gellar, Blair’s Cruel Intentions co-star, also speaks highly of her longtime friend, revealing that “there’s a calmness to her” since the diagnosis.

“I think now she knows she can’t do everything, and it’s OK, some days if she can’t,” Gellar says.

“… It’s been wonderful to watch her be more settled, more content, and almost more in control of herself in a weird way.”

Blair’s new physical limitations  which include having trouble dressing, uncontrollable noises from her body and an inability to raise her arms to brush her hair (hence her new bob)  have resulted in a new closeness to her 7-year-old son Arthur and a “humility and a joy… albeit a fatigued joy.”

“He wants to be closer to my body more, and I can tell he wants to make sure I’m still here inside,” she says. “I used to be so athletic with him. Now I fall in front of him.”

Along with her MS diagnosis, Blair says “there were a couple of experiences in my recent adult life that transformed me.”

One of those was a 2016 incident on a plane where she was removed from the aircraft when she blacked out after mistakenly taking an Ambien pill that she thought was her anxiety medication. When a doctor told Blair that her diagnosis would cause her life to “forever be different,” Blair says she thought, “Well, thank God.”

Though she says she was not drinking during the plane incident, it did prompt her to quit drinking, something she previously used to self-soothe in order to combat her emotional pain and cover up her unexplained physical discomfort.

“After I had my son and he’d go to his dad’s [fashion designer Jason Bleick], I started drinking because of the pain, one, of him not being with me, and two, my physical pain was so extreme that I would drink by myself,” she admits.

“That was also a warning to me. I’ve never been one who handled alcohol like a lady. I was self-medicating.”

Though Blair “never thought” her MS would “get this bad,” she is focusing her efforts on bringing attention to people with disabilities.

“I really feel like people with disabilities are invisible to a lot of people,” she says. “Because they’re uncomfortable, or don’t have the energy to dress up, don’t want to be seen… I wasn’t sensitive to it before I became like this.”

“I would like to partner with someone like Christian Siriano on a line for everyone, not just people who necessarily need adaptive clothing, but for those who want comfort, too,” she adds. “It can still be chic. You shouldn’t have to sacrifice style.”

Through the struggles of navigating her MS, Blair remains firm that “there’s no tragedy for me.”

“I’m happy, and if I can help anyone be more comfortable in their skin, it’s more than I’ve ever done before,” she says.

What Is Multiple Sclerosis?

In MS, the immune system attacks the protective sheath (myelin) that covers nerve fibers and causes communication problems between your brain and the rest of your body. Eventually, the disease can cause permanent damage or deterioration of the nerves.

Signs and symptoms of MS vary widely and depend on the amount of nerve damage and which nerves are affected. Some people with severe MS may lose the ability to walk independently or at all, while others may experience long periods of remission without any new symptoms.

There’s no cure for multiple sclerosis. However, treatments can help speed recovery from attacks, modify the course of the disease and manage symptoms.

Myelin damage and the nervous system

Multiple sclerosis signs and symptoms may differ greatly from person to person and over the course of the disease depending on the location of affected nerve fibers. Symptoms often affect movement, such as:

Numbness or weakness in one or more limbs that typically occurs on one side of your body at a time, or the legs and trunk
Electric-shock sensations that occur with certain neck movements, especially bending the neck forward (Lhermitte sign)
Tremor, lack of coordination or unsteady gait
Vision problems are also common, including:

Multiple sclerosis symptoms may also include:

Multiple sclerosis: When to see a doctor

See a doctor if you experience any of the above symptoms for unknown reasons.

Most people with MS have a relapsing-remitting disease course. They experience periods of new symptoms or relapses that develop over days or weeks and usually improve partially or completely. These relapses are followed by quiet periods of disease remission that can last months or even years.

Small increases in body temperature can temporarily worsen signs and symptoms of MS, but these aren’t considered disease relapses.

About 60 to 70 percent of people with relapsing-remitting MS eventually develop a steady progression of symptoms, with or without periods of remission, known as secondary-progressive MS.

The worsening of symptoms usually includes problems with mobility and gait. The rate of disease progression varies greatly among people with secondary-progressive MS.

Some people with MS experience a gradual onset and steady progression of signs and symptoms without any relapses. This is known as primary-progressive MS.

The cause of multiple sclerosis is unknown. It is considered an autoimmune disease in which the body’s immune system attacks its own tissues. In the case of MS, this immune system malfunction destroys the fatty substance that coats and protects nerve fibers in the brain and spinal cord (myelin).

Myelin can be compared to the insulation coating on electrical wires. When the protective myelin is damaged and nerve fiber is exposed, the messages that travel along that nerve may be slowed or blocked. The nerve may also become damaged itself.

It isn’t clear why MS develops in some people and not others. A combination of genetics and environmental factors appears to be responsible.

These factors may increase your risk of developing multiple sclerosis: 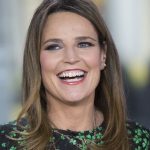 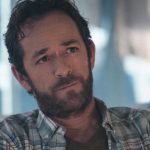