Seth Green is a popular American actor, producer, writer, and director. He is most well-known for being the co-creator, co-producer, writer, voice actor, and director of the incredibly popular sketch comedy television series, “Robot Chicken”.  He has voiced various characters of the massively popular animated sitcom, “Family Guy” and has starred in various popular movies including, “The Italian Job” and the “Austin Powers” series.

Seth Green, whose full name is Seth Benjamin Gesshel-Green, was born on the 8th of February 1974 in Philadelphia, Pennsylvania, U.S. to parents, Barbara Gesshel and Herbert Green. His mother is an artist while his father is a teacher by profession.

Coming to his siblings, he has a sister, Kaela Green. Although he was raised Jewish and he even had a Bar Mitzvah ceremony, he later became an atheist in his life. He has been acting since he was 7 years old and was inspired by Saturday Night Live, Richard Pryor, and Caddyshack

Seth Green received his high school education from Robert E. Lamberton Elementary School, which is located in his hometown of Philadelphia.

One of the earliest works of Seth Green’s career was starring in the 1984 film, “Billions for Boris”. He rose to fame in 1991 after appearing in Rally’s “Cha Ching” commercial. The commercial landed him the key to New Orleans. In 1994 he starred in the popular drama series, “The Byrds of Paradise”. In 1997, he starred in the popular spy comedy film, “Austin Powers: International Man of Mystery”.

On the 13th of July 2009, he served as the special guest host of WWE Raw and also competed in a six-man tag team match, where his team won by disqualification. In 2019, he released the comedy-drama film, “Changeland”, which he wrote and directed. He has also guest-starred in various popular TV series including, “The X-Files”, “Entourage”, and “Grey’s Anatomy”.

He has voiced various characters of the massively popular animated sitcom, “Family Guy”. The sitcom has been airing since 1999. He is also the co-creator, co-producer, writer, and director of the incredibly popular sketch comedy television series, “Robot Chicken”. He has also voiced multiple characters for the show. To date, there have been more than 200 episodes of the show and the show has been running since 2005.

Net Worth, Salary & Earnings of Seth Green in 2021

As of 2021, Seth Green has garnered a net worth of $50 Million. He has garnered most of his earnings from his career as an actor and producer. He has been very successful in his career and therefore his net worth shouldn’t surprise anyone.

Seth Green has done some great work in his line of work and the success he has achieved over the years proves that. With that being said, we wish him the best of luck in all his future endeavors and hope he keeps entertaining us like he always has. 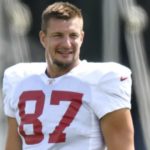 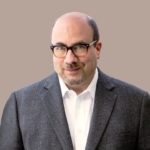