Seth Meyers is an American comedian, writer, producer, actor, and TV host who is best known for his work as a cast member and writer for the iconic late-night sketch comedy and variety TV show Saturday Night Live (SNL) (2001–2014) on the National Broadcasting Network (NBC). He had also hosted Weekend Update, SNL‘s news parody segment. In February 2014, he began hosting the talk show Late Night with Seth Meyers, again on NBC. Besides that, he has hosted several awards shows including the Webby Awards (2008, 2009), the ESPY Awards (2010, 2011), the 66th Primetime Emmy Awards (2014), and the 75th Golden Globe Awards (2018).

Seth had attended the Edgewood Elementary School in Okemos, Michigan, and then graduated from the Manchester High School West in Manchester, New Hampshire. He had then returned to his hometown of Evanston, Illinois, and graduated in 1996 from The Northwestern University School of Communication.

He is of Swedish, Ashkenazi-Jewish, Croatian, Czech/Bohemian, Austrian, English, and German descent. 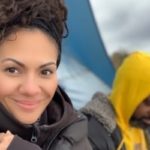 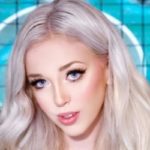