Seth Adam Meyers is an American comedian, producer actor, writer and television host. He is popularly known for hosting “Late night with Seth Meyers” which is an NBC late-night talk show.  He additionally, was a head writer and a cast member for NBC’s show “Saturday night live for 13 years. He also covers news parody segment “Weekend update”.

Seth Adam Meyers was born in Evanston, Illinois on December 28, 1978 to his father Laurence Meyers jr who used to work in the finance department and to his mother Hilary Claire who was a French teacher. They grew up together with his brother Josh Meyers (an actor) in Okemos, Michigan in their early years and Bedford, New Hampshire thereafter.

Seth went to Edgewood elementary in Okemos. He then went to Manchester High School West in New Hampshire. He enrolled at the North-western University in Evanston where he graduated in 1996 with a degree in television, radio and film.

Seth dated with his girlfriend Alexi Ashe for five years before they finally got engaged in July 2013. Then the two tied the knot on September 1, 2013 on Martha’s Vineyard. They became parents for the first time with their son Ashe Olsen Meyers who was born on March 27, 2016. The two also welcomed their second born in April 8, 2018 and they named him Axel Strahl Meyers. Seth’s wife worked in Brooklyn as an assistant attorney, in the sex crimes bureau.

Seth has been upfront in his dating life. He dated and married Alexi Ashe in 2013 and they have been together for eight years. They live happily in their marriage and there are no signs of divorce.

Seth started his career by being a member of “Mee-ow show” at the North-western University improve sketch group. Seth auditioned for the Saturday night live in 2001 and was hired as a cast member and a writer. He graduated to be the writing supervisor of the show in 2005.

He continued to rise in ranks to become a Co-head writer together with Tina Fey and when Fey left he was named the head writer for the show. He also was the head writer for SNL’s and was also acting in the shows. After Poehler left SNL in 2008 Seth became the solo anchor of the regular sketch a position he held until 2013 when he left SNL.

While working at SNL he acted, wrote, and did impersonations of people like Sean Penn, Prince Charles, John Kerry and many more. He became very popular with his acting and writing. Some of his popular sketches are such as the needlers, Abe Lincoln and Sears’s photographers.

Seth left SNL in 2013 and joined NBC’s “Late night with Seth Meyers”. The position was held by his friend and SNL Alum Jimmy Fallon. Since 2014 he has hosted the show incorporating his comedic monologues and also has carried out interviews with celebrity guest. His first ever guest to host on the show was Amy Pohler .

Seth has also starred in some movies which include Journey at the centre of the earth, spring breakdown, hot rod, spin city and many more.

Seth has received numerous accolades and nominations throughout his career. His shows “Saturday night live” and “late night with Seth Meyers” won the Writers Guild of America award in 2007,2009,2010,2015 and 2017. For his writing on SNL he received Peabody award in 2009. Seth won the Prime time Emmy award for music and lyric in 2011 for “Justin Timberlake monologue”.

Net Worth, Salary & Earnings of Seth Meyers in 2021

Seth income is primarily by his salary as a host of late night with Meyer. It is estimated that Seth has a salary that is estimated to be $3 million per year. He earned from being a comedian, a host and a writer. He has also made appearances on several movies all of which have contributed to his fortune collection. Seth has additionally hosted a number of television shows and even has been the prestigious Golden Globe Awards. As of 2021, he has increased his net worth to an estimation of $15 million.

Seth has climbed the social ladders to become one of the best television personalities we have all loved to watch and listen to. He has won many hearts with his humor that is undeniably captivating. He is set for greatness as his career progresses as he continues to make people put smiles on their faces as his contact was extended through to 2021. 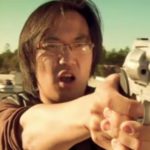 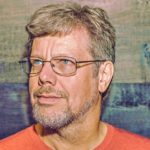