Some sports might not be very famous, but to the person playing the game, that is the only thing that matters to them. For professionals, that sport that might seem too complicated is what runs in their system. One of such people is Shahid Afridi. Taking cricket and becoming a professional in such a sport takes more takes more than courage.

Shahid is not only known as a great Pakistani cricketer, but Pakistan National Cricket Team recognizes him as their former captain. This young man is known as an all-rounder who has managed to go to greater heights many cricketers desire to go. One thing that makes Shahid stand out is his aggressive batting and bowled leg-spin. He held the record for world’s fastest ODI century in a total of 37 deliveries. He held this title for 17 good years before Corey Anderson broke it.

This talented and gifted man landed on planet earth on the 1st of March in 1975 and was named Sahibzada Mohammad Shahid Khan Afridi. Although it had been reported that he was born in 1980, he revealed in Game Changer (2019) in his autobiography that he was born in 1975. Shahid is so secretive and this explains the confusion of even his date of birth.

It is however very clear that he was born to an Afridi tribe of Pashtuns and his parents were living in Khyber Agency in Pakistan at the time of his birth. After doing so much research to find the names of his parents, we only discovered that his dad is named Sahabzada Fazal-ul-Rehman Afridi but the name of his mother remains a mystery to date.

He was born in a family of Sufi Pirs or teachers or spiritual masters and he is the grandson of Maulana Muhammad Ilyas. His grandfather was a famous spiritual figure Bhutan Sharif which was a locality in Tiray Valley. His other grandfather named Aahibzada Abdul Baqi was titled Ghazi-e-Kashmir which is translated as conqueror of Kashmir for the work he did during the First Kashmir War.

Shahid cannot be said to be mean with information about his background but he only seems to reveal the information that seems important to him. At the same time, he started his career when he was still very young and for this reason, we have found I challenging to find information about his years in school. However, we cannot conclude that he is not an educated man and therefore, we are still doing our research and once we find any tangible information, we will update it for you.

When you are too busy with you career, it is very easy to forget yourself and concentrate more on your career. Luckily, Shahid didn’t forget his other part of life and did the unthinkable to many people but what seems to be acceptable in his community. This is because he fell in love with Nadia Afridi who is his first cousin.

The two dated for some time and they later decided it was time to formalize their union and become husband and wife. The two have been married for many years now and are very happy with each other. They have five daughters together named Ajwa Afridi, Ansha Afridi, Aqsa Afridi and Asmara Afridi. One of their daughters named Aqsa Afridi is currently dating cricketer Shaheen Afridi and there are rumours that the two will be engaged soon.

Although there is no information of his past relationships before he met Nadia, their marriage is enough to prove that he is straight.

Shahid has a successful history of his career since he became a professional cricketer in 1996. He has been in different matches some of which include; 2009 T20 World Cup Final where he scored unbeaten 54. He was the lead of the Pakistan team during the 2011 Cricket World Cup and although they lost to their rivals they at least reached the semi-finals. As a captain, he has represented many teams including Peshawar Zalmi during the 2016 Pakistan Super League among others.

For the years he was in cricket as a player and a captain, Afridi has been able to win different awards and titles. Some of these include; Pride Performance awarded by Asif Ali Zardari who is the Pakistani president and Sitara-i-Imtiaz among others.

Net Worth, Salary & Earnings of Shahid Afridi in 2021

It has been a great success for Shahid and he has not only earned fame but also great wealth as a cricketer. As of 2021, he has a net worth of $40 Million, which is a great success.

He established the Shahid Afridi Foundation in March 2014 whose aim is providing education and healthcare facilities in Pakistan. 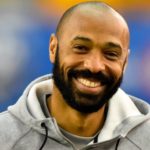 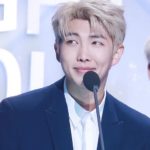