Shannon Sharpe is a former American football player who played as a tight end for the Denver Broncos and the Baltimore Ravens for the National Football League (NFL). After retiring from the sport, he is now a presenter who co-hosts Skip and Shannon Undisputed on Fox Sports 1 with Skip Bayless. He is also a former analyst for CBS Sports on its NFL telecasts.

He is also very successful as a sports analyst with the YouTube series, “Undisputed”. He played 12 seasons for the Broncos and two seasons with the Ravens. He has won the Super Bowl three times and had set some records before they were broken by Tony Gonzalez and Jason Witten. Let’s look at the many other aspects in the life of Shannon Sharpe.

Shannon Sharpe was born on the 26th of June 1968 in Chicago, Illinois. He is the son of Pete Sharpe and Mary Alice Dixon. They grew up in Glennville, Georgia and the family really struggled financially. He has an older brother called Sterling Sharpe, who is also a former NFL star wide receiver.

Sharpe went to Savannah State High School and later attended the Savannah State University College of Business Administration. Once, he jokingly commented that he wasn’t the brightest student in the class, but was very active in sports. He played football and basketball, and also competed in track and field and jumping and throwing events. He finished his college career with 192 receptions for 3,744 yards and 40 touchdowns.

Sharpe doesn’t talk a lot about his personal life, but we do know that he has three children; Kayla, Kaley and Kiari. Furthermore, it was rumored that he was engaged to a personal trainer, Katy Kellner.

After an amazing college career, Sharpe wasn’t considered to be such a good player during the 1990 NFL draft. His size meant that he was too big for a wide receiver and too small for a tight end. Therefore, he was picked on the 7th round as the 192nd pick and was by the Denver Broncos. He started the first two seasons as a wide receiver which didn’t go well for him.

In the third season, they made him a tight end which was a good move. He won two super bowls with the team in 1997 and 1998. He did a two-year stint at the Baltimore Ravens where he won another Super Bowl in 2001. He later returned to the Broncos where he played until 2003 and retired.

Sharpe started out as a commentator for the CBS Sports pregame show, The NFL Today, including the Sprint Halftime Report and the Subway Postgame Show. Sharpe’s critics decided to strike because he had a noticeable lisp and drawl which affected his broadcasting skills.

On February 8, 2014, they were released as on-air commentators on the NFL Today and were replaced by Tony Gonzalez and Bart Scott. In 2016, he joined Skip Bayless in FS1’s sport debate show, Skip and Shannon: Undisputed.

Shannon Sharpe is one of the best players to ever be a part of the NFL. The player is really gifted physically and has worked really hard to turn his body into a machine. He has really achieved a lot during his career, therefore, let us take a look at some of his achievements.

Net Worth, Salary & Earnings of Shannon Sharpe in 2021

Shannon Sharpe is recorded as one of NFL’s best players in history. He worked hard ever since he was in high school and eventually made it to the top of the mountain. In the NFL, Sharpe made a lot of money from the player’s salary and even endorsements. After establishing all of these sources of income, Sharpe has an estimated net worth of $12 Million as of 2021.

Shannon Sharpe is an incredible athlete with a lot of love for the sport that put him on the map. He rose from a very poor background and worked to become one of the best athletes in the world. He is a role model for anyone who feels that they can’t get anywhere because of financial issues. Well, Sharpe proved the world wrong, and so can anyone. 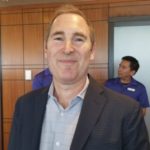 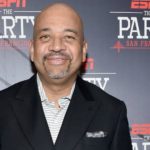