Shaquille O’Neal is a former professional basketball player who has played for six teams in his career. He is currently serving as a sports analyst and has done multiple endeavors in his career. O’Neal has won many awards and has a height of 7 feet 1 inch. He has also released albums and has appeared in films and TV.

Shaquille Rashaun “Shaq” O’Neal was born on March 6, 1972, in Newark, New Jersey. He is the son of Joe Toney and Lucille O’Neal. His father struggled with drug addiction and was also jailed. His mother later got married to Phillip A. Harrison. His biological father died in 2013.

During his childhood, O’Neal went to Germany, as his stepfather was in the army. In there, he went to the Fulda American High School in Hessen, Germany. After returning to the United States, he attended the Robert G. Cole Middle and High School in San Antonio, Texas. He has earned his degree in general studies in 2000 and an MBA degree from the University of Phoenix.

He then went to Louisiana State University to study business. In there, he used to play under Dale Brown. During his college career, O’Neal won many awards including the Adolph Rupp Trophy. In his honor, the Lousiana State University Basketball Practice Facility has erected a bronze statue of Shaquille O’Neal.

In 2002, Shaquile O’Neal got married to entrepreneur Shaunie Nelson. They have four children named Amirah, Me’arah, Shaqir, and Shareef. His wife filed for divorce in 2009. He also has a son named Myles from his previous relationship. With his former girlfriend Arnetta Yardbourgh, he has a daughter named Taahirah O’Neal. From 2010 to 2012, he was in a relationship with Nicole “Hoopz” Alexander. He is in a relationship with model Laticia Rolle since 2014.

O’Neal is a huge fan of professional wrestling. He has made several appearances in World Wrestling Entertainment and World Championship Wrestling. He has also trained for mixed martial arts and used to call himself ‘Diesel’ at the gym. O’Neal has trained in Muay Thai, boxing, and jiu-jitsu. Additionally, he has also appeared in many video games and has published five books including Shaq Talks Back and Shaq Uncut: My Story.

Shaquille O’Neal is not gay as he has been married previously and has fathered six children from three different women. His sexual orientation is straight and has dated men women in the past.

The 1992 NBA Draft saw Shaquille O’Neal as the 1st overall pick by the Orlando Magic. During his rookie season, he was able to make 23.4 points and 13.9 rebounds. In his second season, he was able to amass 29.4 points. He became a free agent in 1996 and went on to sign a contract with the Los Angeles Lakers in the same year.

O’Neal has also played for the Boston Celtics from 2010 to 2011. Apart from various teams, he has also been on his national team. In 1994, he won the FIBA World Championship. He has also been in the gold-medal winning squad at the 1996 Atlanta Olympic Games. Apart from being a basketball player, he is also a rapper. In 1993, he released his debut album called ‘Shaq Diesel’.

He is a four-time NBA Champions and was named NBA Most Valuable Player in 2000. He has won a gold medal at the 1996 Olympic Games. Additionally, he won the CableACE Award in 1996 and has been thrice nominated for the Golden Raspberry Awards.

Net Worth, Salary & Earnings of Shaquille O’Neal in 2021

As of 2021, Shaquille O’Neal has an estimated net worth of $450 million. Thanks to his career in multiple fields that he is able to make this fortune. His contract signing amount with the Los Angeles Lakers was $121 million. He again signed a contract worth $100 million with the Miami Heat. Additionally, he has released platinum-certified albums.

O’Neal is active in many fields and has also appeared in films and TV. He has also appeared in WWE and video games. Part of his wealth also comes by appearing in many TV commercials. He is also an investor and businessman and is the minority owner of the Sacramento Kings. O’Neal serves as an investor of NRG Sports, Apple, General Electric, and much more.

Shaquille O’Neal is a very influential person. He has fans in many fields, be it acting, music, business, or sports. He had a passion for working for the police department and has also been a reserve officer. Despite having a successful career, he earned his bachelor’s and master’s degrees. He has many nicknames and is known for his humorous character. 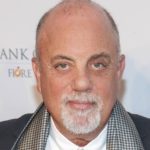 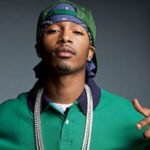