Sharon Case is a very beautiful and successful actress of America. She is a dancer too. Sharon knows ballet and jazz, which she has learned in her childhood. She is a phenomenal actress. Her debut performance in the General Hospital earned her many praises from everyone. Later, she has performed in much different soap opera, movies and television shows. She has also won many awards and accolades in her career.

Sharon Case has not disclosed a lot about her early life, but we know that she was born in Detroit, Michigan and was later shifted to Chatsworth, California, with her parents. She was only three years old at that time. Sharon has spent the rest of her childhood there. She was quite passionate about dancing, so she was admitted into a dancing school where she learned different forms of dance-like, Ballet and Jazz.

Sharon also finds acting very interesting, and soon she desired to be an actress. For that to be possible, she started modelling. In the early days, she used to do modelling in Japan, but later she returned to America and started doing theatres and plays.

Sharon has been married once in her life. She was married to a businessman, Sandy Corzine. Sharon and Sandy dated each other for more than two years before deciding to get married. They never wanted a huge wedding celebration, so they planned their wedding secretly in Mexico. Although, Sandy and Sharon were separated just two years after their marriage.

Suppose was quite disturbing for Sharon, as she loved Sandy with all her heart and she just can’t accept him as her friend. Later, she started dating a country singer, Jimmy Wayne Sharon and Jimmy were together, in a relationship for quite some time, but that also ended. She was also seen dating her co start Joshua Morrow, but it was a rumour, and we can’t approve this news. Her relationship with Jimmy ended because of this rumour is well.

Sharon Case started her career way back in 1988. Her aim was to be an actress, but she started modelling first. She got a job in Japan, where she spent five months doing lingerie modelling. She returned to Los Angeles and started acting in theatres and plays. Her debut in television came in 1989 when she got the chance to work in ABC networks soap opera, General Hospital. Her work was hugely appreciated, and she became quite famous.

Sharon got her biggest work in 1994 in the CBS soap opera, Young and the Restless. This is considered one of her biggest work, and after that, she became even more famous.

She has a jewelry line of her own, which she started in 2010. She entitled the jewelry line Pomp. She has her signature jewelry collection in it.

Sharon Case has won plenty of awards and achievements in her career. She won a Daytime Emmy Awards in 1999 for her outstanding work in Young and the Restless. She has also won many soap opera awards like Soap Awards France, Soap Hub Awards, and many more.

Net Worth, Salary & Earnings of Sharon Case in 2021

Sharon Case is a very successful and popular American actress, and she has achieved great heights in her career. She has worked in many movies and television shows. She is the owner of a jewelry line too, which she started in 2010. As of 2021, Sharon has a net worth of $4 million from all her works and assets.

Sharon Case is a very successful woman. She has achieved numerous milestones in her career, and she is still working really hard to achieve even more. She has a very big fan base because of her exceptional performance. She has a very private personal life, and nobody knows a lot about it. 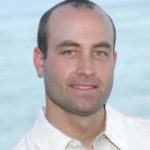 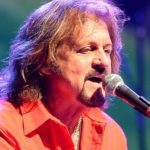