Sharon Osbourne is a popular TV personality, talent manager, and author. She is most well-known for married to popular singer, Ozzy Osbourne and for starring in the reality TV series, “The Osbournes”. She is equally famous for serving as a judge on “The X Factor” and for her autobiography, “Extreme”.

Sharon Osbourne, whose birth name is Sharon Rachel Levy, was born on the 9th of October 1952 in Brixton, London, England to parents, Don Arden and Hope Shaw. Her father worked in the music industry and was a popular entrepreneur as well. Her mother, on the other hand, was a ballet dancer. Coming to her siblings, she has a brother, David Arden. Sharon is of Irish and Ashkenazi Jewish descent. She didn’t have the best of times growing up and was instead surrounded by violence, thanks to her father.

Sharon married popular English singer, Ozzy Osbourne on the 4th of July 1982 in Hawaii and the two have been together ever since. Together, they have a couple of daughters, Kelly and Aimee Osbourne, and a son, Jack Osbourne. She first met Ozzy when she was 18 years old and was working for her father.

However, just because they have stayed married for so long doesn’t mean their relationship has been smooth. The couple used to fight regularly and Ozzy was even arrested for attempted murder in August of 1989 after he tried to strangle her. Consequently, Ozzy had to spend half a year in rehabilitation.

Sharon Osbourne is straight as far as sexual orientation is concerned and is neither gay nor bisexual. She has been married to Ozzy Osbourne for more than 35 years.  Apart from that, it was rumored that she had dated Randy Rhoads and Jay Leno in the past. Looking at her relationship history, it is quite evident that she is straight.

Sharon Osbourne began her professional life by working for her father. The turning point in her life came when she began managing her future husband, Ozzy Osbourne. Encouraged by the success she earned managing him she founded the talent management company, Sharon Osbourne Management. Her company has also managed the likes of Gary Moore, Motörhead, Lita, and Ford.

Coming to her career in TV she skyrocketed to fame once she starred in the incredibly popular TV series, “The Osbournes” which was based on the life of Ozzy’s family. The series ran from 2002 to 2005 and had 4 seasons as well as 52 episodes. She started her TV show in 2003 which was named, “The Sharon Osbourne Show” but the series was canceled after a season due to low ratings.

She continued to work as a judge for the following seasons and her last season was the 7th season (2012). She had served as a co-host of the talk show, “The Talk” since 2010. Apart from that, she has also appeared in the popular TV series,  “The Friday Night Project” and “Doctor Who”.

Besides acting, she is successful in writing as well. In 2005, she released her first autobiography, “Extreme”. The book went on to not only capture the top position of The Sunday Times Bestseller List (UK) but also stayed at the top for 15 weeks. Her second and third autobiography, “Survivor” and “Unbreakable” was released in 2007 and 2013 respectively.

Net Worth, Salary & Earnings of Sharon Osbourne in 2021

As of 2021, Sharon Osbourne has garnered a net worth of $240 Million. She has garnered most of her earnings from her career as a TV personality, talent manager, and author. Also, she makes around $5 Million in a year. In fact, she often makes it to the list of the richest women in Britain.

Sharon Osbourne has been a great TV personality and author and the records show that. She is involved in various charity works as well. With that being said, we wish her the best of luck in all her future endeavors and hope she continues doing good for society like she always has. 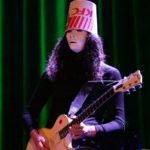 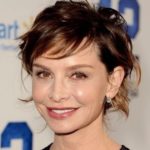