His most significant position in the playing five was the Power forward, as he found great fame playing at that position. His tall, robust structure and attacking quality impressed many as he got into the NBA draft in 2006 by the Indiana Pacers team. This was the jump start to his professional career.

Shawne Briane Williams was born on 16 February 1986 in Memphis, Tennessee, United States. He was born to his parents Ramone Williams, his father, and Marcia Williams, his mother. He was born in a family that did not earn well, and the neighborhood he was raised in was surrounded by drugs and crime fitting anti-social things.

This indeed did not play a positive role in Shawne’s life as his career got stricken with numerous cases of drugs and anti-social activities. His interest and performances in basketball lifted him above all the atrocities as his performances got attention since his high school days.

His all-around performances of registering wins for his teams at the high school and University level paved his path towards a professional career at the NBA. Shawne boasts of a career spanning over 16 years and is still active playing for Al-Riffa in the Bahraini Premier League.

Shawne completed all his education in Memphis, Tennessee. He did his schooling at Laurinburg Institute in Laurinburg, North Carolina. In his High School, she started playing basketball and performed incredibly well as he got ranked to be the Number 15 player in the country in the yea 2005.

He upgraded his position from being a well-known shooting guard to the attacking forward. He almost was in the starting five of 34 games out of a total of 36 games he played at college. He became the Most Valuable Player in the Conference USA tournament, keeping an average of whopping 18 points and 6.7 rebounds in three games.

As we take a peek into Shawne Williams’s personal life, he has been through a lot of ups and downs in his front. His older brother, Ramone Williams, got murdered in the year 2010, which profoundly impacted him.

Throughout his career, there have been instances of possession of drugs, drug intake, and even linked with possession of a stolen handgun by his friend. Even though he cleared all his legal situation quickly, he somehow got involved. He has a dating history with Little Rock model molly Mclane whom he dated for two years from 2011 to 2013.

Currently, Shawne is engaged to Jessica Dime, who is a rapper and well-known for being the cast member of Love & Hip-Hop: Atlanta. They got engaged in the year 2017 and have a daughter named Blessing Briel’ Williams in 2018.

Shawne Williams is not gay, and his sexual orientation is straight. He is currently engaged to Jessica Brine and has a daughter together with her.

Shawne Williams started his professional career by getting selected in the 2006 NBA Draft, following his university level’s stunning performances. He made his debut for Indiana Pacers on December 11, 2006, against the Chicago Bulls scoring 13 points.

He played for Indiana Pacers from 2006 to 2008 before getting traded to Dallas Mavericks in 2008. He played for Dallas for two years and then got traded to New Jersey Nets in 2010 and played for the team in 2010. After a short stint with the Nets, he was given a one-year contract by New York Knicks, and Williams had a good season with the Knicks resulting in Knicks reaching the 2011 NBA playoffs.

Detroit Pistons (2015), Iowa Wolves (2017–2018). In between these stints, he went through small trade-offs, also leading to play for Los Angeles D-Fenders of the NBA D-League on January 27, 2014, and also to the  New Orleans Pelicans in 2015. Shawne Williams is currently a part of the Al Riffa team in the Bahraini Premier League starting in 2019.

Net Worth, Salary & Earnings of Shawne Williams in 2021

As of 2021, Shawne Williams has a net worth of $10 Million, earning totally from his career as a professional basketball player. His monthly salary is not estimated as he is a free active player last playing in the NBA in 2017.

Shawne Williams tells a story that hard work and performance can lift you from dire straits and get you fame. His childhood surroundings were not encouraging, but still, he managed to play well and had a career in which he played for many famous teams in the NBA. 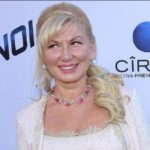 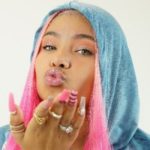