Shweta Pandit is an Indian singer and actress who has recorded several popular songs in Hindi, Tamil, and Telugu language films and belongs to the Mewati Gharana of Indian classical music. She is a 4th-generation member of the renowned Pandit family of singers and musicians. She won a Filmfare award in 2009 in the category ‘Best Female Playback Singer’ for the hit Telugu-language song Kotha Bangaru Lokam. Apart from her singing career, Shweta has branched into acting as well having appeared in the 2013 crime-drama film David and the Indian adaptation of the action-thriller TV series 24 (2013). She had also co-hosted the 2016 edition of Mirchi Music Awards with singer .

Shweta has been featured in the TV commercials for – 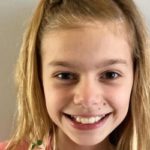