Sienna Rose Diana Miller, popularly known as Sienna Miller, is a famous British- American actress who started her career with modeling and was seen in Italian Vogue magazine and was also seen posing topless in Pirelli Calendar in 2003. She started working in films as an actress from 2004 when she did film named Layer Cake and Alfie.

In 2006, She acted as Edie Sedgwick in a movie called Factory Girl, and in 2008 she served as Caitlin Macnamara in a film named The Edge of Love. In 2008, Miller was nominated for The British Academy of Film and Television Arts Rising Star Award. In 2009, she worked as The Baroness in the film named G.I. Joe: The Rise of Cobra.

Sienna Miller was born in New York of the United States of America, but her family shifted to London when she was eighteen months old. Her fathers’ name is Edwin Miller, and her mother’s name is Josephine Miller. Her father was an American Banker who later started his business of Chinese Art, and her mother was a British Former Model who was born in South Africa, she was a personal assistant of David Bowie and was also a manager of a theatre and film institute named Lee Strasberg Theatre and Film Institute in New York.

Miller has a sister and two half brothers. Her sister’s name is Savannah, and her half brother’s name was Charles and Stephen. Miller moved to Parsons Green in London with her mother when her parents got divorced in 1987; during that time, her mother had breast cancer, and she was under treatment after that Miller’s father moved to Virgin’s Island after marrying three times.

Miller took admission and started a new journey in a boarding school in Ascot, Berkshire, England named Heathfield School, where she used to play Lacrosse. At the age of 18, she passed her graduation and started modeling in a German Commercial for a Soda Pop and started earning, and with that money, she again went to New York and started staying there.

Sienna Miller was engaged to Jude Law on the Christmas evening of 2004, a co-star of the film Alfie which was released in 1996. Jude revealed himself to Miller of having an affair with his children’s nanny on 8 July 2005. In November 2006, Jude and Miller were separated after having divorced. Jude and Miller were again engaged in December 2009, and they spent their Christmas together with their three children in Barbados in 2009.

They also declared in February 2011 that they were again separated. Miller was having an affair with married actor Balthazar Getty in 2008, which was known to all other people. Later Miller took legal steps against two British Newspapers for publishing photos of Miller and Getty together. Miller dated an actor named Tom Sturridge from 2011 to 2015, with whom she had a daughter, who was born on 7 July 2012, whose name was Marlowe Ottoline Layng.

In May 2011, Miller’s phone was hacked by News of the World, and this case was heard by the High court of London, after which she got $ 1,21,039.70 from the newspaper company, and on November 2011, she also gave evidence to the Leveson Inquiry.

No, Sienna Miller is not a lesbian. She was having affairs and close relationships with many actors Jude Law, Balthazar Getty, and Tom Sturridge.

In 2001, she acted in many films such as Rupert Evertt, South Kensington, and Elle Macpherson. In 2002, she did many other films such as HighSpeed, The Ride, The American Embassy, and Bedtime. In 2003, she worked in a detective drama series on television named Keen Eddie. Then she started her career with a flow. Some more films are a crime thriller called Layer Cake, which was directed by Matthew Vaughn, a film named Alfie, which was a remake of Bill Naughton, which was a 1966 movie.

Sienna Miller was nominated for many awards, but she got few of them, which are as follows:

Net Worth, Salary & Earnings of Sienna Miller in 2021

Sienna Miller’s net worth is $20 Million approximately as of 2021. The majority of her wealth comes from her acting career. She has worked in several successful movies, which helped her gain her fortune. Some of her movies like American Sniper and G.I Joe made millions at the box office.

Sienna Miller is a famous actress and model who grew up with many struggles in life when her father left her, but she still became a successful woman in life. All her effort and hard work have helped her gain fame and popularity all across the world. She has worked in some brilliant movie franchises such as G.I Joe and 21 Cakes. 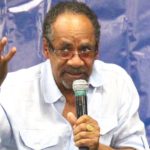 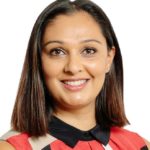