Simeon Panda is a fitness trainer, a bodybuilder, and even he is an entrepreneur from Britain. He is a very prominent figure in his field of work and took part in many competitions worldwide. He, as an entrepreneur, has made his name with his Just Lift Brand. He is also socially active, having a lot of followers on both Instagram and Facebook.

Simeon Panda was born on 28th May of 1986 in London, England. He has five siblings in total, which are a sister and four brothers. He grew up with his brother named Samuel Panda.

Though there is no such information about his parents, his home country in Africa, Sierra Leone, West Africa, is his native land.

There is no such information regarding Simeon Panda’s school and college education. But this much is cleared that he is both College and University graduate, and also his liking towards fitness and profession as a builder started right from his college days.

Simeon Panda has been dating Chanel Brown for a long time. She is also in the fitness world and was also a model by profession. Presently she is also a lifestyle blogger. He is unmarried right now and has no children.

Simeon Panda has been in a relationship with Chanel Brown for a long time. Thus, we can conclude that he is not gay.

Simeon Panda’s interest in fitness and bodybuilding began right from his college days, and he was motivated by his friend, muscular and fit. Previously Simeon was a skinny 16-year boy, and he wanted to grow and get fitter. He was 6 feet and taller and played several sports to get fit and a good physique. He played basketball, rugby, and many others, but it was not of much help.

And his journey started from his college with the help of his friend, who advised him to get weight lifters and work out at the time itself. As soon as he heard it, he bought weights, which led to further growth of his interest. He later kept knowing more about how the body works and its structure and also the formation of muscles and working.

He was also in a software company, and that was his first profession. But later, he left it and became a fitness and bodybuilder. During his University days, he was also a doorman in a nightclub. He was also claimed to use drugs to increase his physique, but it was not a false statement. He took part in the Musclemania Natural Bodybuilding competitions. And there, it was proven that he took no drugs.

He has accomplished a lot in these years, winning competitions, and later, he became a judge in many shows all over the world. He has even published fitness-related writings and helped others. He, along with his elder brother Samuel Panda has a brand for fitness and sportswear stuff.

That brand is called ‘SP Aesthetics,’ and also there are lifting straps having a trademark and called ‘Just Lift.’ There are many popular magazines of fitness like MuscleMag, Train Mag, Muscle and Performance, Fitness, and Rx, where he has made his appearance on its cover pages.

Net Worth, Salary & Earnings of Simeon Panda in 2021

He has many social media followers and is also an Influencer. He has his own YouTube channel where he has many subscribers, and he gets many views which has also increased his income. He brought out his brand along with his brother, which also further made his overall net worth increase.

Simeon Panda has made his name in his career field. He is presently a very successful trainer and entrepreneur. He even has his own brand and also influences a lot of people. He is an inspiration for the upcoming generation to be more dedicated like him. 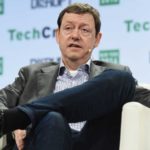 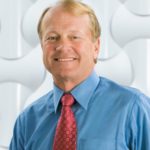