Simon Cowell is a popular TV personality, entrepreneur, and record executive. He is most well-known for serving as a judge on various popular shows including, “Pop Idol”, “The X Factor”, and “America’s Got Talent”. He is the founder of the popular company, “Syco”. His label has worked with various popular bands and artists in the past including, “Fifth Harmony”, “One Direction”, and “Camila Cabello”.

Simon Cowell, whose full name is Simon Phillip Cowell, was born on the 7th of October 1959 in London, England to parents, Julie Brett Cowell and Eric Selig Phillip Cowell. His mother was a socialite while his father besides being a music industry executive was a real estate agent as well. Coming to his siblings, he has a brother, Nicholas Cowell, besides three half brothers, John, Tony, and Michael Cowell, and a half-sister, June Cowell.

Simon Cowell initially studied at the Radlett Preparatory School following which he attended Dover College, but left after taking GCE O levels. He passed English Language and Literature after which he attended Windsor Technical College, from where he earned a GCE in Sociology.

Simon Cowell has been in a relationship with Lauren Silverman since 2013. The two share a son, Eric Cowell. It’s worth being mentioned here that back in 2013, Lauren’s husband at the time, Andrew Silverman, filed for an at-fault divorce, citing adultery by his wife and naming Cowell as a co-respondent. It was later revealed that Lauren was pregnant with Simon’s child and the case was settled out of court. Simon has previously been in relationships with Terri Seymour from 2002 to 2006 and Mezhgan Hussainy from 2010 to 2012.

Simon Cowell is straight when it comes to his sexual orientation and is neither gay nor bisexual. He has been in a relationship with Lauren Silverman since 2013 and has a son with her as well. He has previously been in relationships with Terri Seymour and Mezhgan Hussainy. Going by his relationship history, it’s clear that he is straight.

Simon Cowell’s early career work includes working as a runner on the popular 1980 horror film, “The Shining” and working at EMI Music Publishing. His life changed for the better when he formed the popular record label, “Fanfare Records”. The label first gained success with the release of the immensely popular 1986 single, “So Macho” by Sinitta.

However, the company failed a few years later and he later formed S Records. The record tasted huge success because of Robson Green and Jerome Flynn’s performance of “Unchained Melody”. From 2001 to 2002, he served as the judge of the British music competition TV series, “Pop Idol”. In 2005, he turned his attention to business once again and formed the popular company, “Syco” which has three units, Syco Music, Syco TV, and Syco Film.

He has also served as the creator and the judge of the massively popular music competition TV series, “The X Factor”. The show ran from 2004 to 2018 for 15 seasons and has served as a judge on nine seasons of the show. He is also the creator of the “Got Talent” which holds the Guinness World Record for the world’s most successful reality TV format ever.

He has served as a judge on the massively popular “America’s Got Talent” from season 11 (2016) to season 15 (2020). He has also served as the executive producer on various popular shows including, “Celebrity Duets” and “Grease Is the Word”. and

Net Worth, Salary & Earnings of Simon Cowell in 2021

As of 2021, Simon Cowell has garnered a net worth of $700 Million. Not only that, he makes close to $95 Million in a year. He has garnered his earnings from his various businesses and his career as a TV personality and record executive.

Simon Cowell is a man of many talents and he has been great at each of his jobs. Not only that, he is involved in various philanthropic works as well. With that being said, we wish him the best of luck in all his future endeavors and hope he keeps entertaining us and continues doing good for society like he always has. 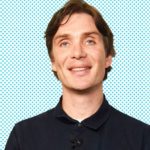 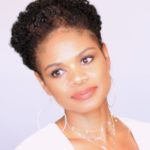