Simon Maxwell Helberg, popularly known as Simon Helberg is an American actor and musician. He is best known for playing Howard Wolowitz in the acclaimed sitcom The Big Bang Theory from 2007 to 2019, and the character of Cosme McMoon in the movie Florence Foster Jenkins (2016).

Helberg was born on 9 December 1980 and raised in Los Angeles, California. His father, Sandy Helberg, is a German-born actor and his mother, Harriet Helberg (nee. Birnbaum) is a casting director who worked on shows like Benson, Night Court, and Barney Miller. His parents met on the set of Night Court on the episode Sandy was starring in. Simon has a brother named Mason Helberg. His parents also adopted a granddaughter named Lily-Rose Helberg in 2016, when she was just four months old. He grew up in a conservative Jewish family and became a reform Jewish later.

Helberg attended Crossroads School for Arts & Sciences, a private and independent prep school in Santa Monica where one of his classmates was actor-producer Jason Ritter, who also became his roommate while Helberg was in New York University. Helberg was attending New York University’s Tisch School of the Arts at that time, where he was being trained as an actor at the Atlantic Theatre Company, a non-profit & off-Broadway theatre.

Helberg is married to American actor-producer-director Jocelyn Towne, who is the niece of scriptwriter Robert Towne. The couple tied knots in 2007 and have two kids, daughter Adeline Helberg (born 8 May 2012) and son Wilder Towne Helberg (born 23 April 2014).

In an interview with David Letterman, Helberg revealed that he broke up with her current wife Jocelyn before proposing her to marry him. He said that he thought that he had feelings for other people and that he wanted to live an adventurous life, but in reality, he said, it was an “excuse to self-destruction”.

After they broke up, Towne flew to Paris where she met another man. Helberg followed her to Paris when he got to know this news and proposed to her before she could go any further with the man. They got married in the U.S. and are happily married till now.

Simon Helberg is straight as far as sexual orientation is concerned. His sexuality has never been questioned. He married pretty early in his career and is a faithful husband. Even before his marriage, there has not been any news regarding Helberg getting romantically involved with men. It is pretty safe to assume that Helberg is a heterosexual cisgender man.

Simon Helberg’s acting debut was in 1999 as he worked with comedian Derek Waters throughout the early 2000s in the comedy sketch named Derek & Simon. The duo starred together in the web series Derek & Simon: The Show in 2007, which they co-created with producer-comedian Bob Odenkirk.

The show was streamed on a website called Super Deluxe. They also made two different short films based on the series titled Derek & Simon: The Pity Card and Derek & Simon: A Bee and a Cigarette respectively. Helberg’s debut in his career in television shows was with the sketch comedy show MADtv in 2002, where he appeared for a season.

The same year he appeared in the comedy film Van Wilder as Vernon, a geeky student for whom the main character Van Wilder was throwing a party. In the latter two years, Helberg played minor roles in movies and TV shows.

In 2003, he played a minor role of a character named Jerry in the comedy film Old school, and in 2004 he appeared in the television series Reno 911! for two episodes and in the movie A Cinderella Story, alongside actors Hillary Duff and Chad Micheal Murry. In 2005, he played a minor role in George Clooney’s historical drama Good Night, and Good Luck.

Between 2006 and 2007, he appeared in the comedy-drama Studio 60 on the Sunset Strip as the supporting character of Alex Dwyer. He also appeared in commercials during 2006. He was cast as Howard Wolowitz, a mechanical engineer, for the CBS sitcom television series The Big Bang Theory in 2007 where he stared until 2019.

His portrayal of Wolowitz in the show gave him the current worldwide fame and fan base that he has. He appeared alongside actors Meryl Streep and Hugh Grant in the biographical film Florence Foster Jenkins in 2016, where he played the character of pianist Cosme McMoon.

Helberg has got numerous nominations for his performance, but he has won only two awards so far. In 2013, he won a Critics’ Choice Television Award for Best Supporting Actor in a Comedy Series for his portrayal of Wolowitz in The Big Bang Theory. In 2017, he won the Virtuosos Award for Simon Helberg in the Santa Barbara International Film Awards for the film Florence Foster Jenkins.

Net Worth, Salary & Earnings of Simon Helberg in 2021

As of 2021, Simon Helberg’s net worth is a whopping $50 million. He was ranked third in the Forbes list of the world’s highest-paid television actors in 2018 after his salary has risen to $23 million the same year. Helberg bought actor Charlie Sheen’s Mediterranean mansion for $3 million in 2019.

For more than a decade, Simon Helberg has been a part of a phenomenal show which people love to this day. He is an amazing actor and comedian, and we hope he keeps on entertaining people in the years to come. 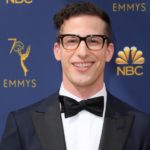 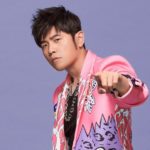