Snoop Dogg is his name in the hip-hop and rap industry. Calvin Cordozar Broadus Jr, which is Snoop Dogg’s real name, is one of the rappers who enjoy a Succesful Career for more than 20 years now. He is also one among the many artists discovered by the legendry Dr. Dre

During the period he has been in the music industry, he has sold more than 23 Million Albums in the US and over 36 Million albums globally. Apart from singing, Snoop Dogg is also a famous Songwriter, Producer, Entrepreneur, Media personality, and an actor

Snoop Dogg was born on 20th October 1971 in Long Beach, California, to Vernall Varnado and Beverley Dogg. However, his father abandoned the family just a few months after the birth of Snoop Dogg, and his mother was to Calvin Cordozar Broadus, but later in 1975, her mother ( Beverly Broadus) divorced his new husband, but Snoop Dogg Retained his stepfather family name.

Snoop Dogg’s passion for music began at his early age. In his Preteen years, the young boy began playing piano and singing in their local church-Golgotha Trinity Baptist church. He began Rapping when he was in the sixth grade

In 1992, Dr. Dre was impressed by Snoop Dog rapping skills and invited him to an audition after receiving his mixtape that he was featured singing. Later Dr. Dre became his mentee after snoop Dog had done audition officially, and from that time, the rapper has delivered the results of commercially successful songs, and out of that, he has made more than $35 million in album sales worldwide.

Snoop Dogg attended LomgBeach Polytechnic High School in California. In High school, he used to sing in his local church and also played piano. He was later enrolled at Campton College.

On 12th June 1997, Snoop Married his High School girlfriend, Shante Taylor. However, Later in the year 2004, they filed for divorce after a disagreement. In January 2008, they reunited again renewed their vows. They Have 4 children together, Corde, Cordell, Corrie and Juliana, his only daughter, who, from a relationship with Laurie Helmond, got a son in 2015. His son corrie also has a son with his girlfriend, Jesicca Keyzer. Snoop Has also first cousins in the music industry who are R&B singers Brandy and Ray J as well s Professional Wrestler Sasha Banks.

Snoop is also famous for smoking Bhangi since the very first time he began his carer in the music industry and has made it a trademark in his image. He also partners with California officials at thanksgiving every year and gives way to the poor in Inglewood. He was said to have given 300 turkeys in 2016.

Snoop Dogg is not gay or bisexual when it comes to sexual orientation, and he is straight. He is married to his lovely wife, Shante Taylor, who together they have children. Apart from when they first divorced, his wife Snoop has no other scandals, and he seems to be a happily married man.

He also coaches football of young people in High school and also youth football league. In 2012 after a trip to Jamaica, he converted to Rastafarianism he released a reggae album Reincarnated as well as a documentary of the same but later in 2015he came back to being Snoop Dogg and released the album Bush and later In 2018, he released a gospel song Bible of love after announcing he is a born again Christian. He later released his seventeenth solo album, ‘I wanna Thank Me’ in 2019.

Net Worth, Salary & Earnings of Snoop Doge in 2021

Snoop Dogg has an estimated net worth of $170 million as of 2021. He has accumulated most of his wealth from the songs he has produced. The sales of his albums both in us and worldwide have much boosted his financial status. He is also said to have collections of cars and houses also. He gets a salary of about $15 million per year.

Snoop is a hardworking guy, a person one can emulate much from. He has gone through a lot, but he never gave up. He pursued what he wanted in his life, and finally, he succeeded much as he is among the top paid rappers who are also wealthy. 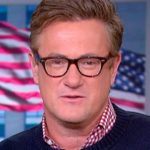 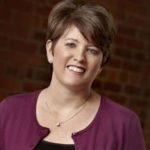