The film industry is one of the biggest entertainment industries in the world today. It has developed to be so popular all around the world. In the American film industry, many people aspire to be a part of it because of its popularity and the money that goes with it. It has attracted a lot of talents around the world and it has truly changed their lives. One good example of such an actress is Sofia Vergara.

Sofia Vergara is a Colombian-American actress who has sent a lot of shockwaves around the world. She is known best for her works in the comedy series, Modern Family, and many other films like Madea Goes to Jail.

Sofia grew up in a Roman Catholic family in Barranquilla, Colombia. She was born on the 10th of July 1972 and grew up in Barranquilla along with her five siblings. Her father, Julio Enrique Vergara Robayo, was a cattle rancher for the meat industry and her mother, Margarita Vergara Davila de Vergara, was a homemaker. In 1998, her brother Rafael was murdered in an attempt to kidnap him, she later chose to emigrate to the United States because she feared for her life.

Sofia Vergara went to Marymount School, a private bilingual Spanish/English school and later went to the University of Colombia to study pre-dentistry. However, she dropped out two semesters before graduating to pursue modelling. She also spent some time at the Creative Workshops School of Acting, where the singer, Gloria Estefan, also trained.

When Sofia was 18 years old, she got married to her high school sweetheart, Joe Gonzalez, and had a son in September 1991. The boy is called Manolo Gonzalez-Ripoll Vergara. Unfortunately, the couple divorced in 1993. In 2000, Sofia was diagnosed with Thyroid Cancer but decided to keep it secret. Her Thyroid was removed and after undergoing radioiodine therapy, she made a full recovery. There were also some issues among her family when her brother was deported from USA after a few run-ins with the law.

From 2012 to 2014, she dated and was engaged to Nick Loeb, but the engagement was later called off. On 21st November 2015, she got married to Joe Manganiello.

Sofia Vergara is currently married to actor, Joe Manganiello, and is therefore, not gay and has never been in a same sex relationship.

Sofia started off as a model before becoming a popular actress. While she was in Colombia, she was noticed by a photographer as she was walking along the beach. She was offered a gig to do modeling, but she was uncertain about taking that path. After speaking to her Catholic schoolteachers about it, she decided to go ahead with it. She made her first appearance when she was 17 in a Pepsi commercial aired in Latin America.

She really rose to prominence while co-hosting two shows for Spanish-language network, Univision, in the late 1990’s. She later appeared in four American films, Chasing Papi in 2003, Four Brothers in 2005, Tyler Perry’s Meet The Browns in 2008 and Madea Goes To Jail in 2009. Her most notable appearance began in 2009 when she was playing Gloria Delgado-Pritchett in the ABC comedy series, Modern Family. She later appeared in films such as Happy Feet Two, New Year’s Eve, Three Stooges and from 2020, she will be a judge on America’s Got Talent.

Apart from just acting, Sofia has also received a lot of endorsements from many different companies. She was named the face of Covergirl in 2011 and did a Diet Pepsi commercial with David Beckham in January 2012. It was also announced that she was starting a clothing line in 2011 to target soccer moms called Kmart, and also appeared in the commercials of Comcast’s Xfinity brand and State Farm.

Sofia Vergara has had an amazing career as an actress and has certainly been awarded for her contributions to the art. She won the 2009 ALMA Award for Best Actress in Film after her performance on Madea Goes to Jail. She was also nominated and won so many awards for her performance in Modern Family. She won the Screen Actors Guild Awards for Outstanding Performance by an Ensemble in a Comedy Series in 2010, People’s Choice Awards for Favourite TV Comedy Actress and so many others.

From 2013 to 2020, Sofia Vergara was the highest paid actress on American television. She’s had quite the career and it’s not yet over. As of 2021, she has an estimated net worth of about $200 Million.

Sofia Vergara’s career has been truly one of a kind and inspiring. She has faced a lot of hurdles and has successfully overcome them. She does serve as an inspiration for many girls and women who wish to achieve a level of success like hers. 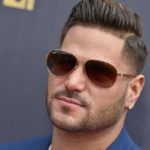 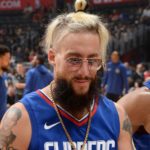