Star Jones is an incredible lawyer and television personality. She has also tried her hand at very many other activities, like writing books and being a fashion designer. She is also really popular for being a women’s and diversity advocate. She has a lot of influence in the field of law and has earned a lot of respect from her professional peers. Let s now go through the incredible life story of Star Jones.

Star Jones was born as Starlet Marie Jones on the 24th of March, 1962. Her mother, a human services administrator, is called Shirley Byard but the name of her biological father is not known. She was born in Badin, North Carolina but was raised in Trenton, New Jersey. She grew up with her mother her sister, Sheila Jones, and her stepfather, a municipal security chief.

Jones went to Notre Dame High School in Lawrenceville, New Jersey. After her graduation, she went to the American University where she got a B.A. degree in Administration of Justice. Later on, she earned a J.D. degree from the University of Houston Law Centre in 1986 and admitted to the state bar in 1987.

In November 2004, Jones married Investment banker, Al Reynolds, after he proposed to her during the 2004 NBA All-Star Game. Amid so much media attention, the wedding was a big and lavish one. More than thirty corporate sponsors donated to the wedding in exchange of mentions in the media by Jones. Unfortunately, in March 2008, the couple announced their divorce.

In 2017, she went public about her engagement to Ricardo Lugo, who recently worked in the Cook County State Attorney’s Office. The couple married in March of 2018 on a cruise ship in the Bahamas.

No. Star Jones is not gay. This is because she has been married by two men in her lifetime, Al Reynolds and Ricardo Lugo.

From 1986 to 1991, Jones was a prosecutor with the Kings County District Attorney’s Office in New York. She was later elevated to senior assistant district attorney and recruited by Court TV in 1991. In 1994, she had her own court show, Jones and Jury, which mimicked the arbitration-based reality format, The People’s Court. The show was canceled a year, but she became the first black person to serve as a television arbitrator of a courtroom series.

In 1997, she joined The View as one of the original co-hosts and was there for nine seasons. In 2007, she admitted that she underwent a gastric bypass surgery which had brought a lot of controversies. Due to contractual issues, she announced her departure on the 27th of June 2006. Her contract was not renewed at the time because she was becoming less popular with the fans. However, on the 22nd of February 2012, she returned to the show as a guest.

On March 7, 2007, she announced that she would return to her original network, truTV, to do a live weekday talk show called Star Jones. The show was based on the law and pop culture and covered recent stories from the worlds of pop culture, entertainment, crime and justice.

Just six months later, the show was canceled because of lack of popularity among the viewers. She later went on to do other TV appearances such as hosting E! TV award shows from September 2004 to September 2005. She stood in for Larry King when he was on vacation and also made a guest appearance on Law and Order: Special Victims Unit.

Jones is also the author of numerous books, she wrote You’ll Have to Stand For Something or You’ll Fail for Anything, Shine: A Physical, Emotional, and Spiritual Journey to Finding Love and Satan’s Sisters. The first books are a sort of autobiographies about her and the third one is a fictional television show.

Net Worth, Salary & Earnings of Star Jones in 2021

Ever since being admitted to the bar in 1987, Star Jones has earned quite the reputation as a lawyer. She’s had an amazing career throughout the years that have paid her off quite well. As of 2021, she has an estimated net worth of $20 million.

Star Jones’ life and career has been a great example of what you can achieve when you put your mind into something. She is a role model for many women, even men, who have big dreams and aren’t afraid of chasing them. 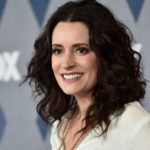 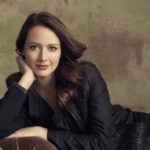