Steve John Carell is a popular actor, comedian, director, producer, and writer from America. Carell rose to fame in the NBC sitcom, The Office.

Steve portrays the role of Michael Scott, a boss. The office show ran from 2005 to 2013. Besides acting in the show, he was also part of the production where he was occasionally the writer, director, and producer. Due to his fantastic work, Steve Carell is a popular name with multiple accolades. In addition to that, Life Magazine named him America’s Funniest Man.

Steve Carell was born in 16 August 1963. His place of birth is Concord, Massachusetts, in the United States of America. Hee is the youngest child in the family of four sons. Steve is the son of Edward A. Carell and Harriet Theresa. His father, who was born in 1925 worked as an electrical engineer. For Harriet, she was a psychiatric nurse born in 1925 but passed away in 2016. His maternal uncle, Stanley Koch has had an opportunity to work alongside the famous scientist, Allen B. DuMont, to create the cathode ray tubes.

His father is of German and Italian descent while his mum belongs to Polish ancestry. Their family’s surname was initially Caroselli before changing to Carell in the 1950s. Also, his family practices the Roman Catholic faith. In addition to that, he was part of the ice hockey team while in high-school.

During his early school life, Steve Carell has been in quite a considerable number of schools. His first school was the Nashoba Brooks School before transferring to The Fenn School. Later, he graduated for his high school level from Middlesex School. In high school, Steve was an active member of the ice hockey team where he was a goalie for four years. Also, he would often perform fife alongside other relatives.

He joined a group for different performances. And these performances rose his interest in the show biz business. After high school, Steve joined Denison University in 1984. While in university, he joined the theatrical company.

Steve Carell was involved in a romantic relationship with Nancy Wall, Saturday Night Live alumni. The two met when Nancy was a student in a class he was lecturing in Second City. The two tied the knot in 1995, August 5. The couple is parents to two lovely children, Elizabeth Anne and Johnny. Elizabeth was born in 2001, May while John came into this world in 2004, June.

Other than the couple working together in The Daily Show, the two starred alongside each other in The Office. In the show, Nancy plays the short-lived girlfriend of Carol Stills. In the following years, the duo was able to work together in other projects. Carrel bought the Marshfield General Store, Massachusetts in 2009, February.

AS of his sexual orientation, it is clear that Steve Carrell is a straight man. He is a family man with a wife and two children. The couple has been together for over two decades. Besides, there are no rumors about an upcoming separation or divorce. In addition to that, there have been no rumors or scandals to negate these details.

Steve Carell first rose into fame in 1999 during his days in The Daily Show with Jon Stewart. The show ran up to 2005. Later, he starred in multiple comedy films including Anchorman: The Legend of Ron Burgundy, Get Smart, The Way, Over The Hedge and many more. He still stars in the Despicable Me film premiering in 2010.

In the 2010s, Steve started working on more dramatic roles. His first role in the days was a convicted murderer and a wrestling coach in Foxcatcher. This film earned him several nominations in the Academy Award, Golden Globe Award, BAFTA Award and many more.

Some of his other popular films include 2006, Little Miss Sunshine, The Big Short in 2015 and 2017, Battle of the Sexes. In addition to that, he has worked with different production teams for a variety of projects.

In 2016, Steve Carrell made a comeback in TV as the TBS series’s co-creator, Angie Tribeca. The comedy series ran up to 2018. In the series, he worked alongside his wife, Nancy Carell. Currently, he is still starring in the series Morning which premiered in 2019. This role has a Primetime Emmy Award nomination as of now. In addition to that, he is also working on a Netflix sitcom Space Force.

With his fantastic contribution in the Entertainment industry, it would be impossible to hard a share of awards to appreciate his wins. Steve Carrell has multiple awards nominations and wins including the Golden Globe Award for the Best Actor for his work in The Office series. In addition to that Carell was inducted in the Hollywood Walk of Fame in 2016. He got the 2,570th star. Over the years, fans are hoping to see more of his projects in the future.

Net Worth, Salary & Earnings of Steve Carell in 2021

As of 2021, Steve Carell net worth estimates to $90 million. He has amassed this considerable wealth from his work in the Entertainment industry.

In addition to that, Carell is an actor and producer, writer, comedian, and director. Some of his work has worldwide recognition resulting in multiple awards. Not to mention, the net worth may rise in the coming years with his extraordinary talents and more projects.

In conclusion, Steve Carell is a legend in the filming industry. He is famous for his fantastic work. His story explains how vital determination and hard work are when it comes to running for our dreams. It encourages young stars to work hard and not give up on their dreams. 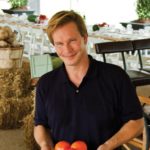 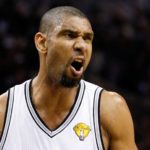