Sue had spent her freshman and sophomore years at Syosset High School but had joined the Christ the King Regional High School in Queens, New York, for her final 2 years as she had wished to play more competitive basketball. After her high school graduation, she had joined the University of Connecticut in 1998. She had graduated from there in 2002 with a degree in communication science.

She is of Ashkenazi Jewish (Russian) descent on her father’s side.

She has served as the brand ambassador for the sports goods manufacturer, Nike. 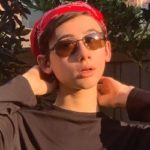 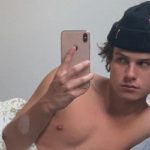