Ray Charles Leonard, commonly known as Sugar Ray Leonard is a former American professional boxer, motivational speaker and occasional actor. He is categorized very often under the greatest boxers of all time. He was a boxer from 1977 to 1997 and out of the forty fights he has had, he has won 37. Ray is famous for being part of ‘The Fabulous Four’ boxers who fought each other in the 1980s. He is also famous because of appearing in numerous episodes of Keeping Up With The Kardashians since he is Khloe’s godfather.

Ray Charles Leonard, best known as Sugar Ray Leonard was born on the 17th of May 1956, in Wilmington North Carolina. He was the fifth child among seven, and was born to Getha and Cicero Leonard. His mother named him after her favourite singer Ray Charles. His mother was a nurse while his father worked at night as a supermarket manager.

When Ray was 3, his family moved to Washington DC and when he got to 10, his family made a permanent residence in Palmer Park, Maryland. Ray was a very shy boy and his mother once mentioned that it was hard to tell whether he was happy or sad, but Ray never even once got into trouble and she never had to go to school to solve cases.

Ray did his high school studies at Parkdale High School. He was a very shy kid and that made him not play with other children. He always chose to stay at home, reading comic books and playing with his dog. He was however a perfect student and never messed as a student.

Charles Ray’s first wife was Juanita Wilkinson, who he met in high school. They had been sweethearts for quite a long time and then got married in January 1980. They were blessed with two children, Ray Junior and Jarrel. They stayed together for 10 years and got a divorce in 1990. As they were getting their divorce, Juanita mentioned that her husband had physically abused her when he was drunk and that he was also an occasional cocaine user.

Ray later on confirmed the accusations during a press conference, but said they had nothing to do with the reason as to why they were getting a divorce. He said that he started using drugs when he retired and felt like he ‘wanted more,’ but stopped in 2006. In 1989, Ray had met Bernadette Robi at a Luther Vandross concert. In August 1993, Ray and Robi got married in Pacific Palisades California. They currently are happily married.

Ray is a straight guy. His sexual orientation is very public. He has been married twice in his life and still is happily married to Robi. Besides, Ray has never shown interest in a fellow man and that is proof enough that he is not gay.

Ray took boxing after his older brother Roger. He began his career in 1969. He first earned the attention of the Olympic Team assistant coach after he made it to the semi-finals in the Eastern Olympic Trials. That was the season he got the name ‘Sugar Ray.’

He decided to become a professional boxer to support his first child and he began training with Angelo Dundee. He first made his notable fight in 1977 against Luis ‘The Bull’ Vega and later in 1978 against Floyd Mayweather. In 1979, he won his first world title after beating Benitez in the WBC Welterweight championship and won a $1 million purse.

He defended his title in 1980 after knocking down Dave ‘Boy’ Green. He kept winning until 1982 when his retina detached. He left boxing but came back in 1983. It wasn’t so good since he got a number of loses and decided to announce that he was retiring again.

He however came back in 1986, fought against Marvin Hagler and won. He kept going and coming and his very last was against Hector Camacho when he was 40. He was knocked out for the very first time in his career and finally decided to retire for good.

Throughout his career, Ray has won five world titles in five different weight divisions. As if not enough, the guy has won lineal championship in three different weight divisions. He also has the honour of winning the welterweight title undisputed. Apart from all these great awards, Ray also has the achievement of changing thousands of lives in his career as a motivation speaker. He has also fought 40 times and out of those has won 37 and lost only three.

Net Worth, Salary & Earnings of Sugar Ray Leonard in 2021

As of 2021,  Ray’s net worth stands at approximately $130 million. This is so much wealth and he has earned this from his successful boxing career. Ray has done so well as a boxer and he is considered one of the greatest boxers of all time.

Ray has made it in his career. He is a great boxer and also very helpful since he has participated in a number of charity activities. He is a great figure to emulate. 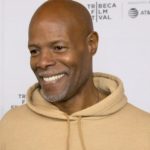 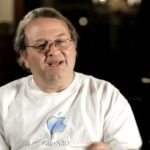