Suicide is a serious public health problem but unfortunately, its prevention and control are not an easy task. The consequences of suicide go afar the person who acts to take his or her life: it can have an enduring effect on family, friends, and communities.

Suicide is when people direct violence at themselves with the purpose to end their lives, and they die because of their deeds.

A suicide attempt is a clear mark that something is severely wrong in a person’s life. Regardless of the race or age of the person; how rich or poor they are, it is a fact that most people who expire by suicide have a mental or emotional disorder.

The most usual basic disorder is depression, 30% to 70% of suicide victims suffer from major depression or bipolar (manic-depressive) disorder.[1]

People of all gender, ages, religion, and ethnicity can be at risk of suicide.

The major risk factors for suicide are;

According to the Centers for Disease Control and Prevention (CDC),

Most of the time, when people say “I am tired of life” or “There is no point in living”, and they are given examples of other persons who have been in worse difficulties. None of these replies assist the suicidal person.

The preliminary contact with the suicidal person is crucial. 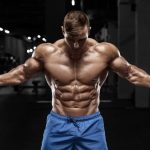 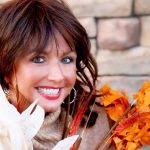