Summer Phoenix is a well known American actress, model, and designer who is best known for her appearance as Carla Moebius in The Believer, F’%# You Girl in The Faculty, Brandy in SLC Punk!. Besides that, she is also notably recognized to be the youngest sibling of stars River Phoenix, Rain Phoenix, Joaquin Phoenix, and Liberty Phoenix.

Summer is represented by 3 Arts Entertainment.

As a child actress, Summer was represented by Iris Burton. 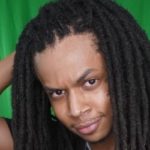 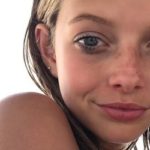