Sunny Leone is an actress and former pornographic actress who currently worked in the Indian film industry and holds Indian, American, and Canadian citizenship. Her real name is Karenjit Kaur, and she first used the stage name Karen Malhotra during the early years of her career.

She has received numerous awards for her performances in the adult industry. Since leaving the industry, she has ventured into the Indian film industry, playing roles in mainstream films and television series. She is also a very charitable person, taking part in numerous activism campaigns.

Sunny Leone was born in Sarnia, Ontario, Canada, on May 13, 1981, to parents who were originally from India. She belonged to a Sikh family, but as a young girl, she was a tomboy, taking part in sports and played hockey with the boys. After her grandparents convinced her mother and father, they decided to shift to Lake Forest, in California.

Currently, there is no available information available about her educational background or about the name of her university. Still, from reports available, she was admitted to a Catholic school as her parents felt public school to be an unsafe place for her and decided to get her admission to any reputed private school.

Sunny Leone is married to actor and director Daniel Weber. The couple first adopted a child from Maharashtra, India, in 2017, naming the child Nisha Kaur Weber. Through surrogacy, the couple announced the birth of twin boys in 2018 and named them Asher Singh Weber and Noah Singh Weber.

Before marrying Daniel Weber, she dated both men and women, like Marr Erikson and Russell Peters. In the year 2006, she was officially a citizen of America, and later in the year 2012, she declared herself as a citizen of India.

Sunny Leone is not lesbian, but she is bisexual. Before marrying her husband Daniel, she was involved in many relationships with both men and women. In an interview, she stated that she prefers men more than women.

She then made a cameo appearance in the 2013 film Shootout at Wadala. Her next major role was in the film Jackpot, but it didn’t do well in the box office. She received praise and gained popularity for her lead role in the film Ragini MMS 2. The film was a huge box office success. She then appeared in films such as Current Theega, Ek Paheli Leela, Kuch Kuch Locha Hai, Singh is Bliing, Mastizaade, One Night Stand, Beimaan Love, Raees, Bhoomi, and Tera Intezaar.

Sunny Leone was awarded the Penthouse Pet of the Month in the March 2001 edition. She then appeared in a virtual Vivid Girl Sunny Leone film, which won her an AVN Award for the first time in her career. She has been nominated for many AVN awards in her career and was also nominated for Female Performer of the Year.

Net Worth, Salary & Earnings of Sunny Leone in 2021

As of 2021, Sunny Leone has an estimated net worth of $15 Million. She has earned the majority of her wealth from her career as a pornographic actress and worked for some well-known pornography production houses. She has appeared in several films and has produced some as well. In the Bollywood industry, she is paid a large sum as well to appear in different films and shows. She has donated some amount to different charities as well. 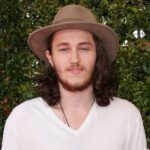 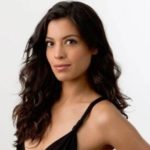