Sway Calloway is a famous American radio personality, executive producer, rapper, and journalist. Sway often hosts music, news, and cultural programming. Currently, Calloway is the co-host of the national radio show The Wake Up Show. Besides, Sway is the host on SiriusXM Shade45 under a program, Sway in the Morning Show, and on the MTV show called TRLAM.

Sway Calloway was born on 1971 3 July in Oakland, California, in the United States of America. He is a private man, and very few details are well-known about his family. However, in an interview, he has mentioned his two siblings Gina and Terry. And the siblings grew up in Oakland. His parents’ identities are unknown, and he is yet to open up about his family.

During his teen years in Oakland, California, Sway became popular locally as a rapper and on the b-boy performing on San Francisco’s Pier 39. After high school, he worked with DJ King Tech, and the two took performances in many San Francisco Bay Arena clubs. Later the duo released independent music albums.

Sway’s and DJ King Tech’s music life was destined to succeed, with the two achieving a major label deal in the Giant Records with the many incredible performances. The two worked on a 1990 album, Concrete Jungle which got them a hosting job of their show on the KMEL radio station. In 2005, they released another album, Back 2 Basics, on their record label Bolo Entertainment under Universal Music.

Sway Calloway is a private person who rarely shares information about his early life. For his education, he went to Oakland High School, the place where he grew up. He started his professional career after high school, but whether he went to college is a mystery, and many hope to learn more about this celebrity in the future.

Sway Calloway is a master of privacy not just in his early life but also in his private life. Currently, the public is unaware of who he is dating or whether he is dating someone. Sway wants to keep his personal life away from the media. However, many reliable sources have given him a single status at the moment.

Sway Calloway is a father to a lovely daughter, Kiyomi Calloway, and this girl is everything to this famous journalist. You can tell that Calloway is an amazing dad in several images from the media, and things changed after his daughter’s arrival. The mother of Kiyomi is Mariko McKee, but the dual is not married or in a relationship. More details about his personal life might come up in the future, but his dating life is uncertain.

It is no secret that many fans want to learn more about their idol’s dating life, the person he is seeing, or his preferences in dating. And this curiosity is also there for Sway Calloway’s fans. The celebrity is straight and has been in a romantic relationship with McKee. The two are parents to an amazing daughter, Kiyomi Calloway. Currently, reliable sources claim that he is single, but he is yet to confirm these details.

His national radio life officially kicked off in The Wake Up Show that features music and interview with artists famous and upcoming artists. This show’s popularity rose and started simulcasting to Los Angeles on KKBT to Chicago on WEJM between 1993 and 1996. Some popular rappers, including Ras Kass, Eminem, Chino, and XL, made their debuts broadcasted. During the same time, Calloway started hosting his morning show.

The Wake Up Show’s popularity helped Calloway and DJ King Tech get another deal with the Interscope Records.  The two worked on the “This or That” album that reached number thirty on the Billboard’s R&B/Hip-Hop chart and number one Top Heatseekers in 1999. The album featured a considerable share of hip hop artists, including Pharoahe Monch Kool G Rap, Tech N9ne Daddy Kane, Eminem, RZA, and others. In 2003 Calloway was featured in The Reel Me DVD by Jeniffer Lopez.

Sway also hosts a weekday morning show on Sirius XM! Shade 45 Channel, which launched in 2011, 18 July. He has hosted famous stars, including Kanye West.  Other than Radio, Sway is a television host and appeared on MTV for the first time in 2000. He also worked alongside Tech in MTV.

Sway Calloway is the legend of morning radio shows. He is popular for his amazing interviews with many stars in his show. Currently, Sway holds no award under his name, but his contribution to the media sector is worth mentioning. Calloway is still hosting several shows, and many of his fans are hoping that he receives recognition for his fantastic work.

Net worth Salary & Earnings of Sway Calloway in 2021

As of 2021, Sway Calloway’s net worth is $8 million. He has amassed this vast wealth from his career as a journalist, rapper, radio personality, and producer. Sway has been in the business for over thirty years and has maintained high-class professionalism and excellence in his work.

Sway Calloway is a man who has made a name in the television and radio business. He is someone you can look up to, especially when it comes to the media business. Over the years, he has a high level of professionalism and excellence when doing his business. 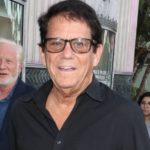 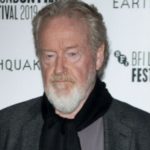