If you’ve ever felt down or maybe a slight lack of motivation, then you’ve heard of Harv Eker. The Canadian motivational speaker has been inspiring people for a long time now. He is also an author and writes about self-help and motivation. His primary focus is helping people getting their life together and being able to figure things out.

Not only a speaker and an author, but Harv is also an entrepreneur. He is the CEO of Harv Eker International; the company helps people to gain financial independence in their life. Harv is also the founder of Peak Potentials Training Inc, Which is a seminar company.

Harv has been very passionate and motivated from a young age. He was born in 1954 and has spent most of his childhood in Toronto, Canada. He started studying at York University to attain a degree. But his passion and ambition were too great; Harv hence dropped out and moved to the United States to continue work on his business start–ups.

Harv has had quite a rocky career. Most of his ventures failed. For almost two and a half years, most of his start-ups seemed to fail in his initial times. However, his persistence and passionate outlook finally showed him some success. His fitness line in North America did very well and ended up making him a fortune. Due to abysmal investments and mismanagement, Harv lost all his hard-earned money in less than two years.

He has now become quite a successful author and motivational speaker. He has come up with theories where he scrutinizes the actual value of wealth, which he incorporates in most of his writing and speeches.

Harv is a businessman and has never been too interested in the academic field. Information regarding his high school years remains primarily unknown. However, it is known that Harv had enrolled at York University. But Harv was too passionate to complete his studies there; Harv left without attaining a degree and went on work on his start-ups in New York. Harv did not see much success in his initial years. Most of his businesses seemed to fail for the first year and a half. However, his venture on the fitness line in New York seemed to do pretty well.

Harv’s life has never been easy. From an early age, Harv has had quite a tough childhood. He was born to European immigrants. His family was not very well-to-do. They were short on money and struggled quite a bit to make ends meet. Times were so bad that at the early age of 13, Harv was compelled to start working by his family. He did pretty odd jobs like working t fairs, distributing newspapers, etc.

He did all this to make a little extra money to be able to support his family. This early exposure to poverty and lack of money may have been the duel to his passion that he showed later in his years. This might have been why Harv left college early to start earning through his start-ups and businesses. Harv now has two children and is happily married. Not much is known about his current personal life as he prefers to keep himself primarily private.

T.Harv Eker is a passionate and hardworking man. He has had quite a tough childhood and a more challenging early career. Most of his early ventures failed, and he only found success later with his venture in the fitness line in America. Harv prefers to keep his life relatively private and away from the public eye. It is known that Harv is happily married and even has two children.

Harv has not talked about his wife, and neither has he talked about his children. Hence the name of his wife and children remains undisclosed. The names of his parents are also kept away from the public eye. Though he has not publicly announced and given out any specific information, it is known that Harv is not gay.

Starting his career at an early age of 13 to support his family, Harv has had quite a rocky career. He dropped out of college and went to New York to work on his business ventures which all failed. Only years later, Harv found success in fitness like in North America. However, due to mismanagement, Harv lost all his money. Harv, not deterred by his downfall, went on to open companies that offer self-help and mentorship. Harv now continues to inspire millions with his talk and bestselling books.

T.Harv Eker, though he has had quite a successful life towards his later years, T.Harv Eker has not received too many awards. One of his most outstanding achievements is from his book “Secrets of the Millionaire Mind” in 2005, number one in the New York Times bestseller list.

T.Harv has been very hardworking and passionate regarding his career. Though he has seen many failures in his early years, Harv has remained persistent and has finally found success with his fitness line. With his business expertise and hard work , Harv has racked up an estimated net worth of around or more than $4 million as of 2021. The sale of his books and his talks are the significant sources of his income. He is the CEO of companies that provide mentoring services and help people gain financial independence.

Harv is the prime example of how one should never give up on their passion and dreams. Harv has come a long way. He mainly focuses on providing services of self-help and mentorship. His books continued to inspire millions and had even been listed as number 1 in the New York Times. 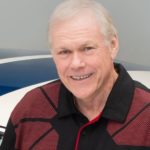 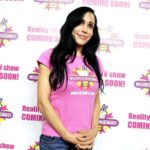