Tara Donna Reid was born on 8th November 1975 in Wyckoff, New Jersey, the United States, to Thomas Reid and Donna Reid. Tara Reid is a very famous and successful actress in Hollywood. She has done plenty of movies in her career. She has also featured in plenty of television reality series.

Although the breakthrough in her career came when she played the role of Vicky in the movie series named American Pie, American Pie is an adult comedy movie, and it is one of the most successful Hollywood movies. Tara Reid has gained a lot of success from it, and later she has done plenty of different movies.

Tara Reid is a very famous and successful actress in Hollywood, and she has been part of many outstanding movies and television series. She was born in Wyckoff, New Jersey, and she has spent most of her childhood there. She used to live with her parents and three siblings. Tara Reid was quite passionate about acting, so she went to acting school at a tender age. She was pretty talented from the very beginning. She belonged mainly to Irish descent, but she had several other connections too.

Tara Reid went to Professional Children’s School when she was a child. She used to learn a lot about acting there. Later she went to Eisenhower Middle School for some time. Tara has been admitted to several schools, but the reason for that is unknown. Later she was admitted to John F. Kennedy High School and Ramapo High School. Tara has learned acting from these schools, and just after finishing her studies, she started her acting career.

Tara Reid has a long history of getting into relationships but not staying for a long time in it. She has been in a connection multiple times, but currently, she is single. She has never married to any of her relationships, despite getting engaged few times. She first dated Carson Daly in 2000. She met with him on the sets of a show named Total Request Live. They were about to engage, but things haven’t gone well, and their engagement called off. Tara Reid has dated many guys and then later called off the relationship stating some reasons.

Recently she was with actor Dean May. They were seen in a show named Marriage Boot Camp: Reality Stars. However, they were eliminated from the show when the show officials get to know that Tara and Dean are not in a relationship with each other.

Tara has been involved in plenty of other stuff. She has featured in plenty of magazines like Playboy, CosmoGirl, Rolling Stones, Maxim etc. She has also endorsed a few brands and also holds some shares in few restaurants. Tara Reid has also launched her own perfume and swimmer line in 2014.

According to our data and the stats that we have, Tara Reid is currently single, and she is not in any relationship. Also, Tara Reid has been in a relationship previously, but she had never married any of them. She has been in a connection multiple times, and few times, she was almost on the verge of marriage, but later it was called off. She is not a lesbian; she is a straight woman.

Tara Reid started her career way back in 1987. Actually, it was much earlier, when she was six years old. She used to take part in child’s play, and she was also seen at that time in many advertisements. She made her debut in Hollywood from the movie named A Return To Salem’s Lot in 1987. From then on, she has released plenty of films. Tara is quite popular for her involvement in the famous adult comedy movie series named American Pie.

Tara Reid has had her own reality travel show named Taradise in 2005. The show was aired on E! Network. She was also involved in much other television reality series. She was a housemate in the famous British reality series named Celebrity Big Brother 8 in 2011.

Apart from movies and television series, Tara Reid has other ventures too. She has her shares in few restaurants, and she also owns her own. She is the co-owner of a clothing chain named Mantra. She has also appeared on the cover of many Magazines.

Tara Reid hasn’t won a lot of awards and accolades, but she is a very famous and successful actress. She has worked on many movies and television series, and most of her works are successful. She is pretty involved in the business too, and she has plenty of other ventures. She has worked extremely hard to achieve all this.

Tara Reid is a very famous name in Hollywood. She is pretty famous for her appearance in the movie named American Pie. She is a very highly rated and acknowledged personality of America. She has worked in many films, and currently, she is busy with her other projects.

She had had her own television series earlier, and she has taken part in various reality series. When she made her debut in Hollywood, she was listed among one of the most talented teens. Tara Reid has earned a lot of wealth and fame during the course of time. As of 2021, She has a net worth of $5 million.

Tara Reid is a very famous personality of Hollywood. She is pretty popular among the younger generation, as her works are hugely admired by them. She had done a lot of movies till and she is still busy with her projects. She is a businesswoman too, as she is involved in plenty of other kinds of stuff. Tara once had her own television reality series, and she has also worked in many. She is still an excellent performer, and we hope that she keeps entertaining us in the future.

We wish her good luck in her career, and we hope that she achieves all the success and all her dreams become a reality. 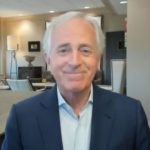 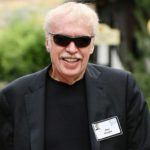